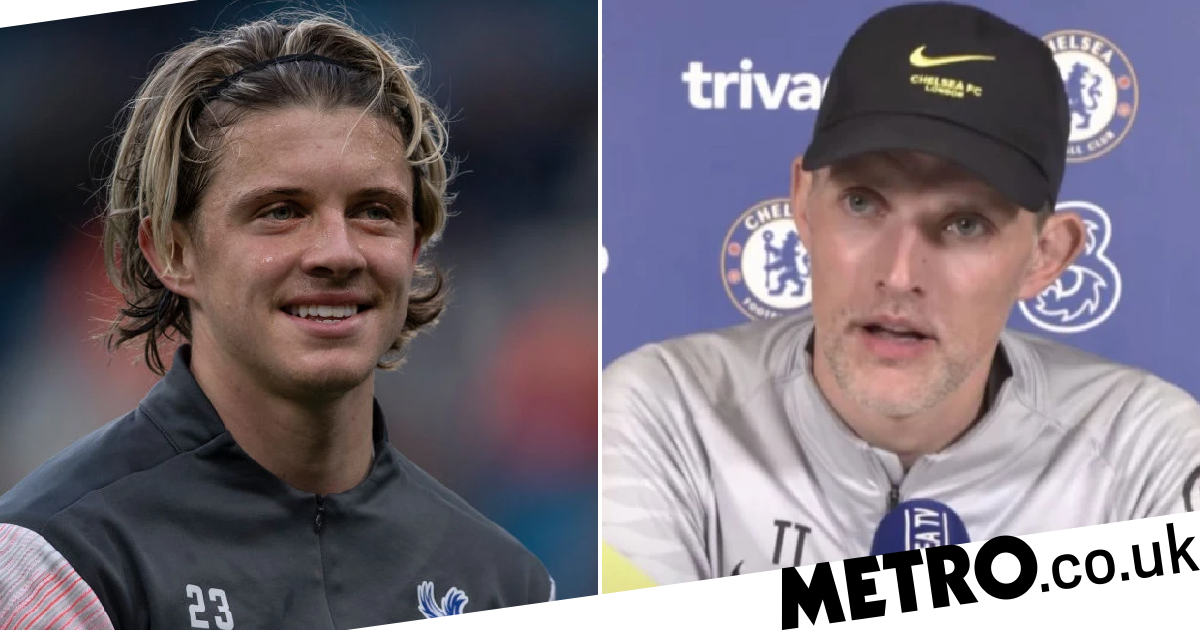 Thomas Tuchel says Conor Gallagher is ‘good where he is’ and there is no need to change his current situation as the Chelsea loanee is thriving at Crystal Palace.

The 21-year-old has showcased the abundance of talent he possesses on his season-long loan spell at Selhurst Park with a series of vibrant displays under Patrick Vieira.

Gallagher netted his third Premier League goal of the season last weekend to wrap up a 2-0 win for the Eagles away at champions Manchester City and he has earned rave reviews for his recent performances.

The Blues academy graduate has also caught the eye of Chelsea boss Tuchel, who heaped praise on the midfielder.

‘He is standing out every single matchday so it’s an easy one to follow and credit to him,’ said Tuchel on Friday.

‘We had long talks in pre-season and we thought he could stay and fight for his place here. But when the talks came up with Patrick Vieira, once he understood the role he could have in the Premier League at the club, he wanted to take the challenge.

‘We also agreed to let him go because we thought this could be the right thing to do.

‘You need a bit of luck and a lot of quality, but Conor’s heart is so big, he loves football.

‘You could wake up him at 4am and he’ll start running and sprinting and winning duels.’

The German manager is glad that Gallagher is enjoying his vital role under Vieira and sees no reason to disrupt his development at this current stage of the season.

‘You can see that he feels good and has trust from the club and manager but, honestly, right now it’s the beginning of November, he’s an important member of the squad and it’s good where he is and there’s no need to change this,’ Tuchel added.

‘We are fully aware of it and we are happy that he feels so good and is such a huge part in this club.’