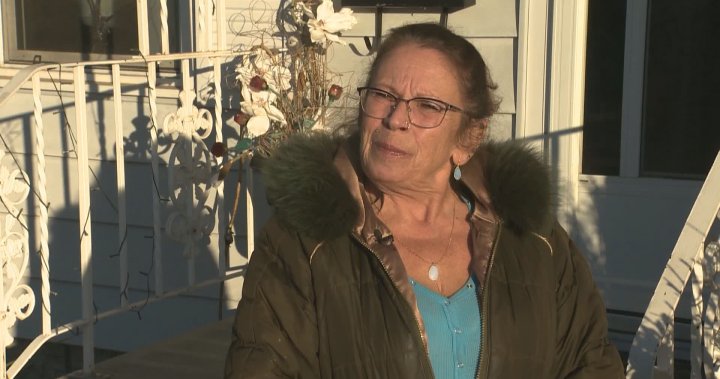 As she turned 65 last March, Luann Bannister was thrilled to be able to find the perfect home to rent in the downtown Edmonton neighbourhood she grew up in.

As a single senior, she had carefully calculated how much she could afford to pay for rent — a calculation that included the federal guaranteed income supplement (GIS), a benefit worth as much as $950 a month that is paid out to about 4.5 million seniors across the country.

But then, as Bannister was preparing to move into the home she’d rented — Ottawa pulled the budgetary rug out from under her.

“I get a notice from the government telling me that my GIS has been depleted,” Bannister said in an interview this week. “So that was panic city. All of a sudden I signed a lease and I don’t have money to cover the bills.”

And now, as winter approaches, she’s facing a dark, cold season as she tries to keep her utility bills as low as possible.

“Well, the lights don’t go on once it gets dark, that’s for sure. The heat is so low it’s freezing to death. I have to plan how many trips I make when I’m driving. A gourmet meal is Kraft Dinner,” she said. “It’s to the point where I just don’t know how I’m going to survive.”

2:17
“It’s humbling,” Kelowna senior living out of his pickup truck remains optimistic about better days ahead despite his harsh reality

“It’s humbling,” Kelowna senior living out of his pickup truck remains optimistic about better days ahead despite his harsh reality – Dec 3, 2020

Bannister is not alone. There are tens of thousands of low-income seniors across the country like her who received notice over the last few months that their GIS payments would be cut. Why? Because the pandemic benefits those seniors received in 2020 — benefits like the Canada Emergency Recover Benefit (CERB) — put them temporarily into a higher-income bracket and made them appear to Revenue Canada as if they were no longer “low-income” seniors.

“This is a very serious problem for low-income seniors across Ontario and across Canada,” said Graham Webb, a lawyer and executive director for the Toronto-based Advocacy Centre for the Elderly.

“These people rely on the GIS to pay the rent, to buy groceries, for transportation, for medicine, for all of the expenses they have. And when they’re low-income to begin with, if you reduce their income by $100, $200, $400, $600 per month, as we’re seeing, it has a devastating effect to force them into extreme poverty, often with no other means or avenue of support.”

Read more:
How did seniors get cut off from Canada’s pandemic supports? Internal document sheds light

Webb said this could get even worse. A senior with no GIS may be forced, for example, to cash in all their savings in an RRSP that they might otherwise have hoped to convert later into a RIF or other vehicle that would offer a small monthly payout over several years. But a massive withdrawal from an RRSP would be counted as income in this year — and could, again, push a low-income senior into a higher income bracket and out of GIS eligibility for yet another year. And that would be another GIS-less year with the RRSP well already dry.

The CERB and its successor benefit programs known as the Canada Recovery Benefit paid as much as $2,000 a month, so 425,000 low-income seniors who were receiving the GIS could easily find themselves over the $20,000-a-year income threshold for 2020 when they filed their tax returns in the spring of this year. It was that tax form that prompted the kind of notification letter sent over the summer to Bannister and tens of thousands of other seniors saying their GIS had been reduced because their 2020 income was too high.

Any Canada Recovery Benefits those seniors were receiving ended late last month and now they cannot re-qualify for GIS payments until their 2021 tax return is assessed sometime in the spring of 2022.

Worse, seniors say that while they were informed that the CERB was a taxable benefit they were never warned back in 2020 that receiving the CERB could put their ongoing GIS payments in jeopardy.

“Across the board – they were always surprised,” said Webb. “They had absolutely no idea. Many of them had no idea what CERB was about while they were receiving it. And now that CERB is done, they had no idea until the last week of July 2021 that they would be losing income, losing their supplement they rely on.”

Read more:
Feds says thousands of seniors may lose benefits because they haven’t filed taxes yet

“Everybody knew that we had to pay taxes on the CERB,” Bannister said. ” But never were we notified that you would have to lose your GIS because of this.”

NDP MPs across the country say this has been a top issue with their constituents.

“We’ve been trying to impress on the government going all the way back to July when we first started hearing about this, that the government needs to make sure that they stop counting pandemic benefits as income for the purpose of people’s GIS,” said Daniel Blaikie, the NDP MP for the Winnipeg riding of Elmwood—Transcona.

“We’re going to keep pushing until the government recognizes that what it’s doing to our most vulnerable seniors right now is simply unacceptable and that they need to change course. ”

Advocates say all that would be required to make things right for these low-income seniors is a rule change that excludes the CERB or any Canada Recovery Benefit from the calculation used to see if a senior qualifies for the GIS.

“I would ask everyone who is affected by this or who is interested in this issue to contact their member of Parliament,” Webb said. “[A rule change] could be done quickly and it would prevent the ongoing financial hardship and suffering that thousands upon thousands of low-income pensioners are otherwise going to continue to suffer this fall, this winter right through to next summer.”

Kamal Khera, the new seniors minister, was not available for an interview, but a statement released by her office did not indicate any consideration to make the requested changes.

“In limited circumstances, such a loss of certain pension income, a senior on GIS can request that their benefit be calculated based upon their estimated income for the current calendar year, rather than their actual income from the previous calendar year,” the statement said. “These requests are handled on a case-by-case basis.”