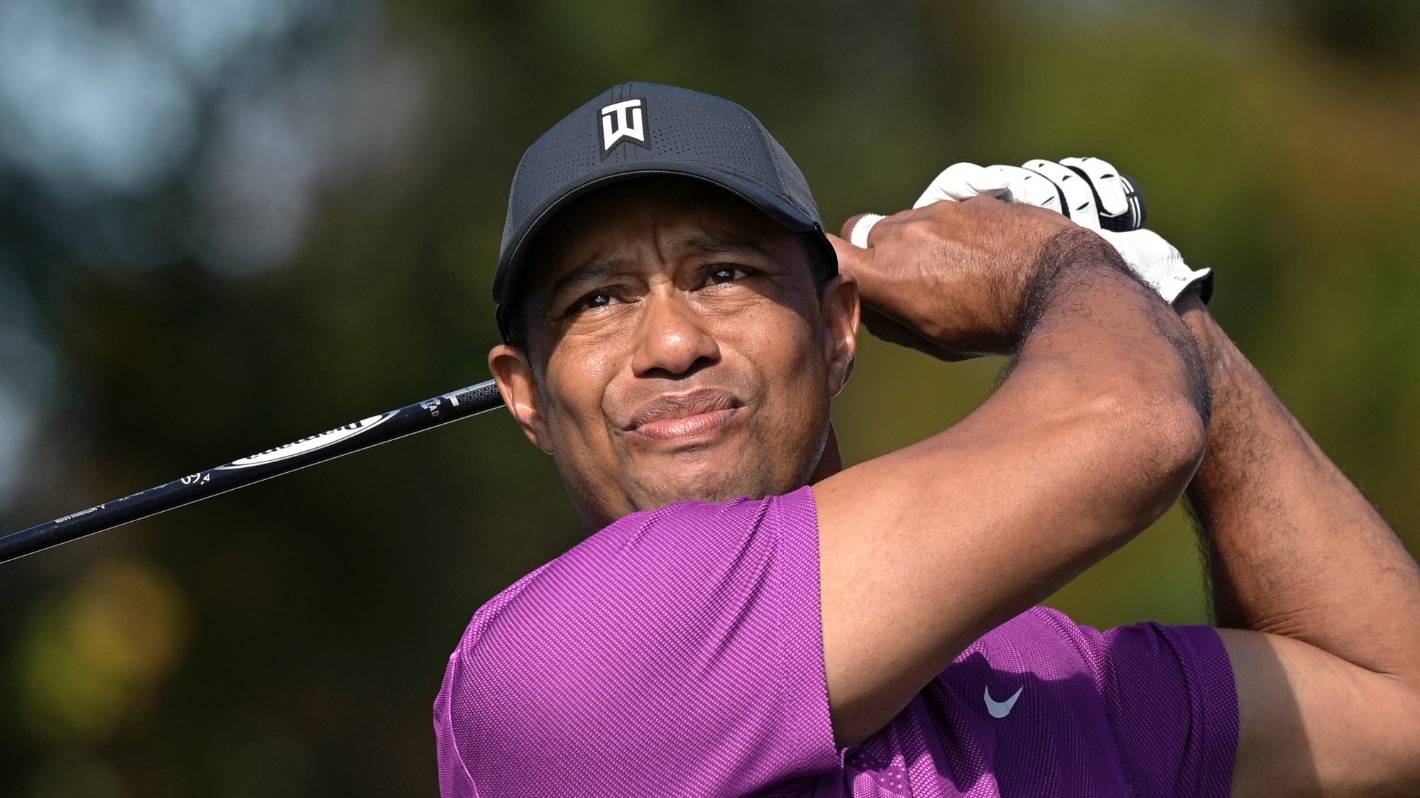 Tiger Woods is back swinging a golf club in a development that will delight his fans.

Golf superstar Tiger Woods says he is “making progress” after sharing the first footage of him swinging a club since being seriously injured in a car accident in February.

The brief message is the first official update he has shared since April. It came with the caption, “making progress”, as he flowed through an iron shot on a practice hole.

Wearing shorts, Woods had his right leg in a compression tube, designed to improve blood flow.

Woods’ car left the road at an estimated spped of 135 kmh and flipped and rolled during the accident in California.

The 45-year-old needed surgery on fractures to his lower right leg. He also injured his right foot and ankle, and police said he was “fortunate to be alive”.

Woods has not played since the PNC Championship with his son, Charlie, last December. His last full tournament was the Masters one year ago in November.

He hosts the Hero World Challenge in the Bahamas the week after Thanksgiving.

Woods’ playing future remains uncertain, but friend and fellow PGA Tour player Justin Thomas expects him to attempt a return, though feels his future will be performance-dependent.

“I mean, I know that he’s going to try,” Thomas said on the “No Laying Up” podcast.

“I just, I don’t see him ever playing if he can’t play well. He doesn’t strike me as a guy that’s like, he’s played at home, and he’s shooting a bunch of 75s and 76s, and he’s like ‘Alright, I’m gonna give [the Masters] a try this year.’

Aerial footage captures the area where Tiger Woods crashed his car down a steep embankment in Los Angeles.

“Like, that’s not really gonna be him, at least to my understanding, or from what I know of him.

“I think he knows that there’s a pretty good chance that that was the last chance he really ever had, before that, of making another run.

“But at the same time, I know how determined he is and I know he’s going to want to at least try to give something again.”

Woods has had 10 surgeries – four on his left knee, five on his lower back and the most recent for the car accident injuries.

He won a third US Open in 2008 while competing on shredded ligaments in his left knee and a double stress fracture, and he returned from fusion surgery on his lower spine in 2017 by winning a fifth Masters in 2019.

His last victory was the Zozo Championship in Japan in the fall of 2019, giving him 82 for his career on the PGA Tour to tie Sam Snead for the all-time record.