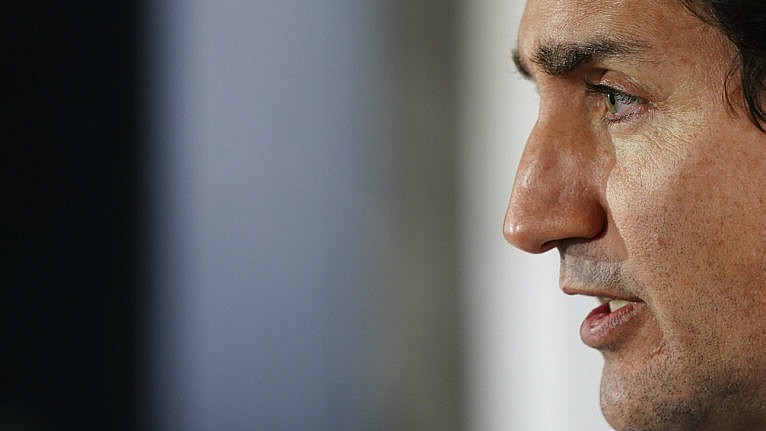 Politics Insider for Oct. 26, 2021: Who will be in and who will be out in the post-election shake-up? Plus, some cranky MPs.

Justin Trudeau will make his way to Rideau Hall at 10:30 a.m. to unveil his post-election cabinet, and we have speculation and prognostication to share.

Many changes: The Globe has the most detailed story, reporting that Marc Garneau, Harjit Sajjan, Patty Hajdu and Jonathan Wilkinson will all get new jobs.

Heads will roll: CBC reports that two or three ministers will be out and Harjit Sajjan will be replaced by a woman, maybe Anita Anand.

Whiteboard it: In Politico, Nick Taylor-Vaisey, who longtime Insider readers will recall fondly, writes that Trudeau has such a big job that he will need “an erasable, oversized whiteboard to game out the next federal cabinet.”

He’s also under pressure to reassign Defence Minister Harjit Sajjan, an underperformer who has fallen short on key files — including fixing a misogynistic military culture. It’s all a recipe for an overhaul of the Cabinet, not an exercise in tinkering. The last group was assembled before a pandemic, and some of the party’s priorities have taken on new urgency and increased public scrutiny. The people in charge of major portfolios will signal to insiders who Trudeau trusts most to see through an ambitious agenda. Some newcomers, including Alberta MP Randy Boissonnault, are instant contenders. But adding one man means either cutting another, or promoting an additional woman. It could get bulky. Trudeau’s last Cabinet had 37 ministers, himself included. Brian Mulroney and Stephen Harper both maxed out at 40. In the end, Trudeau could set a new Canadian record.

Up to Freeland: Global has a policy-oriented overview, and agrees with Politico‘s opinion that it is likely to be bigger than the last cabinet, and it will be up to Chrystia Freeland to manage the economic exit from the pandemic.

A recent report from CIBC Economics suggested that pent-up consumer spending could be a “springboard” for Canada’s economy over the next two years — but noted that Canadians have been “cautious” with their money compared to U.S. consumers, even in sectors not directly hit with pandemic shutdowns.

For Freeland and the Liberals, the potential risk of persistent inflation is a more troubling economic — and political — issue. The consumer price index rose 4.4 per cent year-over-year in September, according to Statistics Canada — the largest increase since 2003. That’s something Canadians feel directly at the gas pump, in grocery stores and restaurants. It’ll be up to Freeland to reassure Canadians that the government has the finance file under control.

Reconciliation decisions: The Canadian Press ponders the challenge the government faces in Indigenous reconciliation, and points out that whoever is in charge of that file has some big decisions to make.

Friday is the deadline for when the Liberal government must decide whether to appeal a recent Federal Court decision confirming it should pay $40,000 to First Nations children and their parents or grandparents. A human rights tribunal found Ottawa discriminated against them by underfunding child and family services on reserve. Some 50,000 children could be eligible, meaning the federal government could be on the hook for billions of dollars in compensation. The second ruling Ottawa has gone to court over involves expanding who can qualify for the measure known as Jordan’s Principle, which requires governments to cover the cost of services for First Nations children and then resolve any jurisdictional disputes later on.

Chrétien can’t recall: Speaking of Jean Chrétien, the 87-year-old former prime minister was under fire Monday for comments he made during a book-promo interview, in which he said he was not aware of any abuses at residential schools while he was Indian affairs minister, and compared the abuses to his experience at boarding school. Charlie Angus isn’t buying that.

Responding to these assertions on Monday morning, NDP MP and critic for Indigenous youth Charlie Angus cited a hand-written letter he’d read from a teacher to then-minister Chrétien that was from St. Anne’s Residential School in Fort Albany, Ont. It was dated 1968, he said. In it, the teacher told him “that crimes are being committed against children, that he as Indian affairs minister had to step up and do something. And Jean Chrétien never responded,” Angus said. “Imagine if he had read that letter, and thought ‘I should do something.’ How many children could have been saved? Because some of the worst crimes were being committed at that time. So it is outrageous for Jean Chrétien today, to try and whitewash his role…because he knew people reached out to him and they begged him to do the right thing. And he ignored them,” Angus said.

Trudeau Europe-bound: After swearing in his new cabinet this week, Trudeau is off to Europe for meetings, CP reports.

Reasonable attestation:  A Federal Court judge has ruled Ottawa was within its rights to require applicants to its summer-jobs program to declare themselves in support of abortion rights, CP reports.

The last federal election took place more than a month ago and the Conservatives, the NDP, and the Bloc Québécois have already held their  first national caucus meetings but the Grits have not. “There’s just like a lot of chatter, and a lot of MPs are pissed off, like really pissed off,” said one Liberal MP who spoke to The Hill Times on a not-for-attribution basis to offer their candid opinion. “Because [MPs want to discuss] what they heard at the doors [during the election campaign] and why they’ve [leadership] been taking their sweet-ass time, and why no one’s reaching out to them [from the leadership].”

Not enough: In the Toronto Sun, Brian Lilley writes that Doug Ford and the Trudeau government have yet to make a child-care deal because Ottawa isn’t offering Ontario enough money.

Gondek skips Chu: Jyoti Gondek, Calgary’s first female mayor, was sworn into office on Monday, after which she declined to administer the oath of office to Sean Chu, who was disciplined for having intimate contact with a teenage girl, CBC reports.

Did Trudeau get paid? An organization that received $5.8 million from the federal government won’t say if it paid the Prime Minister’s mother, Margaret Trudeau, to speak at an event it held this month, CTV reports.

“Any medical procedure performed on a patient without their informed consent amounts to assault,” the statement of claim says.