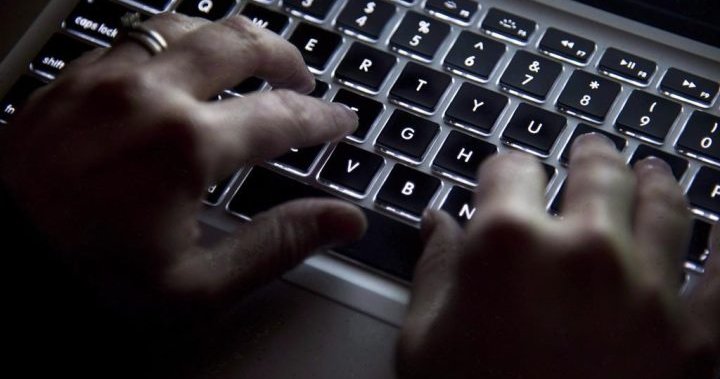 A coalition of advocacy groups is urging the federal government to stick with its promise to take immediate action on online hate speech and to include steps to tackle the issue in Tuesday’s throne speech.

The coalition members say they want ministers to treat such a law as a matter of urgency amid fears that concerns over its wording could stall its progress for years.

Read more:
Ottawa lays out proposal for digital safety watchdogs to crack down on hate online

The Liberals promised during the recent federal election that legislation addressing online hate would be a priority in the new parliamentary session, set to get underway on Monday.

Shortly before Parliament adjourned ahead of the September vote, the Liberal government tabled a bill targeting extreme forms of hate speech online.

That proposed legislation, known as Bill C-36, attracted criticism from the Opposition Conservatives and others who expressed concern that it could curb freedom of speech or be difficult to enforce.

That bill ultimately died on the order paper when Parliament was dissolved.

Canadian Heritage and the Department of Justice say they’re working on ways to address the issue and note the solution could involve more than one bill.

In recent months, according to the Heritage Department, the government has been consulting on how to frame fresh legislation on online harm.

Justine Lesage, a spokeswoman for Heritage Minister Pablo Rodriguez, said Bill C-36 was part of a major push by the government to tackle hate speech.

“The bill doesn’t work on its own,” she said, adding tackling online harm continues to be “a priority for the government.”

The recent consultation efforts have also seen the Liberals float the creation of a new government agency to tackle online harms.

But groups that have been consulted about the proposals fear problems with wording and the scope of any new legislation could see the issue lose its priority placement on the government’s to-do list.

The Coalition to Combat Online Hate, which includes Jewish, Muslim, Sikh, Indigenous and Black organizations, has written to Justice Minister David Lametti and Rodriguez urging them to ensure that a bill regulating online hate and vitriol will have “swift passage” through parliament.

The letter says regulation is needed because “the social media industry cannot be trusted to regulate itself.”

“Now is the time to act. Every day, Canadians are exposed to a barrage of hateful content,” the letter reads, adding that youth and racialized Canadians face such content more often than others.

Bill C-36 would have amended the Canadian Human Rights Act to bring in a new version of a controversial section that was repealed in 2013 amid criticism that it violated the right to free speech.

The proposed change would have more narrowly defined hatred as “the emotion that involves detestation or vilification” that is “stronger than dislike or disdain.” Bill C-36 would also have amended the Criminal Code and Youth Criminal Justice Act.

The bill would have allowed individuals or groups to file hate speech complaints with the Canadian Human Rights Commission. It also included measures aimed at preventing abuse of the process.

At the time, the Conservatives dismissed Bill C-36 as eleventh-hour “political posturing.” The Conservative election platform promised to criminalize statements inciting violence against people or identifiable groups, while protecting speech, such as criticism, that does not.

Bill C-36 would have applied only to those writing a hate message online, and not to the social media platforms where they are posting it.

The Liberal platform said legislation ensuring that “social media companies and other online services are held accountable for the content that they host” would come in the first 100 days of a new mandate.

Richard Marceau, a former Bloc Quebecois member of Parliament who now heads the coalition pushing for quick action, said there was a clear link between online vitriol and violent attacks on Jews and Muslims.

“Our understanding is they are working really hard on this but that their thinking is not completely finished,” Marceau said of the government’s efforts to date.

“We understand that when we are dealing with freedom of expression, particularly with online hate, you need to strike the right balance. We want to make sure that targeted groups are protected from online hate which too often leads to actual violence.”

There are concerns that a rushed bill would not survive parliamentary scrutiny, or that comedians or those expressing thorny political opinions could be inadvertently caught up in its scope.

Fatema Abdalla, spokeswoman for the National Council of Canadian Muslims, said there were clear links between hate forums and a string of attacks on Muslims.

“We do think that this is an urgent issue that we want to be tackled this session. But we also believe that it has to be done right,” she said.

Bernie Farber, founder of the Canadian Anti-Hate Network, said it would be better to introduce a bill and finesse it in a parliamentary committee than see further delays.

“I would rather have poorly worded legislation than nothing at all,” he said.