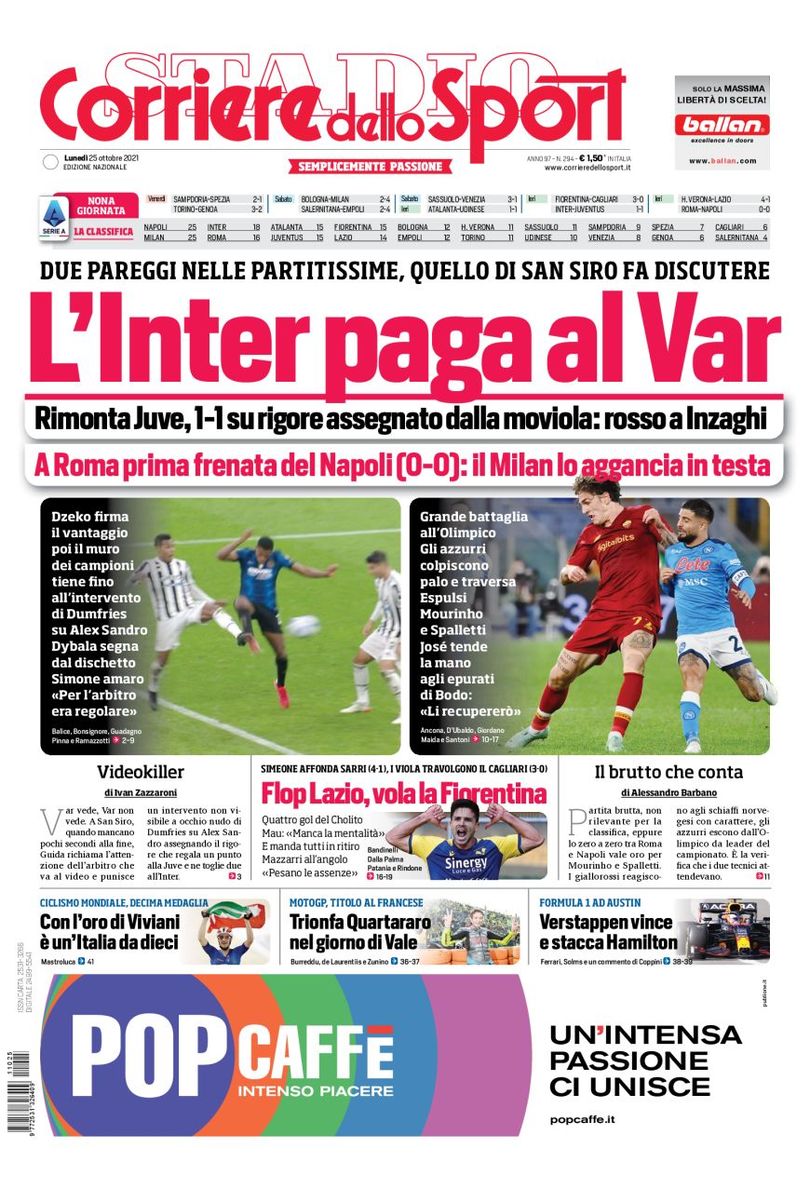 Inter pay for the VAR

The two big games end in draws, but the San Siro one is hotly debated

Juve comeback, 1-1 with penalty awarded via technology: Inzaghi sent off

Napoli suffer their first setback at Roma (0-0): Milan catch them at the top

Dzeko opens the scoring, then the champions put up a wall until the Dumfries challenge on Alex Sandro

Dybala converts from the spot

Simone bitter: ‘The referee judged it to be fine’

Battle at the Olimpico

Mourinho and Spalletti sent off

Jose extends a hand of peace to the players excluded after Bodo: ‘I will get them back’

Mau: ‘We lack the right mentality’

He sends everyone into a training retreat

Mazzarri in a corner: ‘Absences are costly’