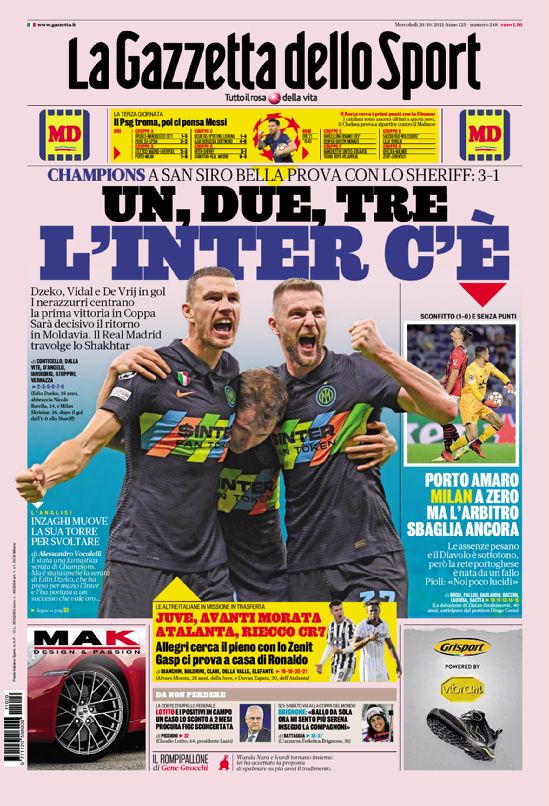 One, two, three, Inter are here!

Nerazzurri secure their first victory in the cup

Return leg in Moldova will be decisive

Bitter Porto, Milan left on zero, but the referee makes another mistake

Absences are felt and the Diavolo are below par, but the Portuguese goal came from a foul

PSG tremble, then Messi takes care of it

Gasp gives it a go in Ronaldo’s house

Lotito and positive players on the pitch, discount to two months causes controversy