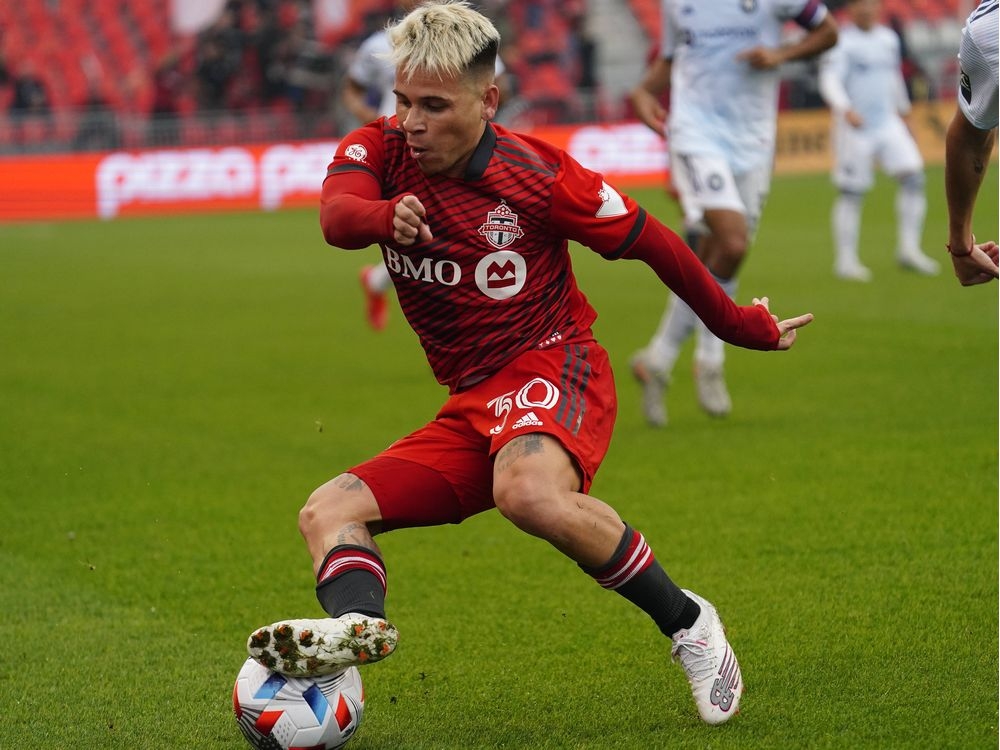 Toronto FC will be trading a diminutive dynamo up front for a defensive rock on the backline.

According to numerous sources, the Reds have completed a long-awaited trade with Tigres UANL of Liga MX, bringing Mexican international centre back Carlos Salcedo to TFC for winger Soteldo, who played one year in Toronto (2021).

While Soteldo scored three goals and added a team-leading 10 assists in 24 games last year, he was reportedly not a great fit in the TFC locker room. The deal is expected to be announced by TFC soon.

The 6-foot-2 Salcedo will be signed as a Designated Player, to a multi-year deal, though his contract status could change down the road (to a TAM player). When the Salcedo-for-Soteldo trade does go down officially, TFC would still have four DPs under contract — Salcedo, Jozy Altidore, Alejandro Pozuelo and Lorenzo Insigne — one over the limit, though Insigne won’t join TFC until July 1. It’s expected that Altidore will be moved before long.

Altidore, TFC’s second all-time leading scorer, is not with the Reds at pre-season camp in Irvine, Calif.

Salcedo, a native of Guadalajara, began his youth career with his hometown club in 2006 and moved to Tigres UANL and then Real Salt Lake of MLS, where he started his professional career in 2013. He would return to Guadalajara in 2015, and the following year made his move abroad with loan spells at Fiorentina and Eintracht Frankfurt.

An imposing centre back, Salcedo has also been used as a full back on both sides of the field. He is a tall and physical defender and is renowned for his well-timed tackles and ability to win aerial duels.

He will join a TFC backline that has been largely re-tooled. The only real veteran defenders left from last year are Chris Mavinga and Auro. Kemar Lawrence is still on under contract, but he is with the Jamaican national team playing Concacaf Olympic qualifying matches and could be moved.

Omar Gonzalez and Eriq Zavaleta have moved on since the 2021 campaign and Toronto signed veteran MLS defender Shane O’Neill and CPL standout Lukas MacNaughton in the off-season.

Another defender, Luke Singh, is expected to be heading to Pacific FC as part of the MacNaughton deal.

TFC’s all-time leading scorer, Sebastian Giovinco, has accepted an invitation to train with the Reds at pre-season camp in Irvine. TFC president Bill Manning told the Sun that if new coach Bob Bradley likes what he sees with the 35-year-old Giovinco and the two sides can agree on the money, the Atomic Ant may sign a contract. He has scored a franchise-leading 83 goals (all appearances) for TFC.

TFC announced its pre-season on Friday night with exhibition matches on Jan. 29 (Dignity Health Sports Park) in Carson, Calif., against the LA Galaxy; Feb.2 at UC Irvine; and four straight games at St. David’s Performance Centre (Feb. 9, Feb. 12, Feb. 16 and Feb. 19) — which is Austin FC’s training facility. The Reds open up the MLS regular-season schedule on Feb. 26 at Dallas.