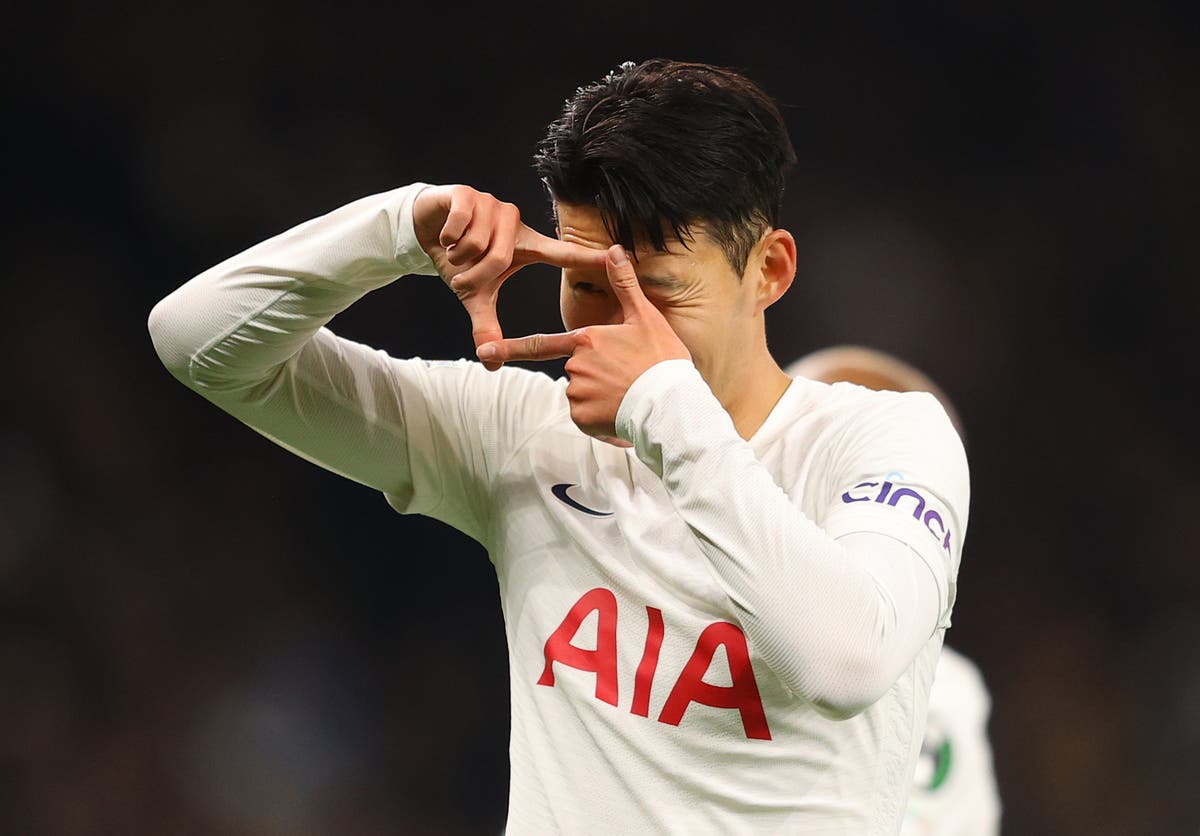 ntonio Conte’s tenure at Tottenham begin with a wild 3-2 win over Vitesse in the Europa Conference League.

Spurs raced into a 3-0 lead through Heung-min Son, Lucas Moura and a Jacob Rasmussen own goal but Vitesse scored twice before half-time, Rasmussen making amends and Matus Bero capitalising on poor defending.

There were three sendings off after the interval, with Tottenham’s Cristian Romero and Vitesse captain Danilho Doekhi both shown two yellow cards. Goalkeeper Markus Schubert then received a straight red card for handling Emerson Royal’s effort outside the box.

Sent off for two reckless challenges as his ultra-aggressive style cost his team. To be honest, it’s been coming.

Beaten to the ball by Rasmussen for Vitesse’s first goal in an unconvincing first-half display at the centre of the back three. Deserves credit as Spurs held firm after Romero’s red card.

Fortunate not to give away a penalty in the opening minutes for a trip on Bazoer. Surprisingly adventurous early on and found himself the furthest player forward in the build-up to the third goal and should have scored.

Looked happier as a wing-back and got into dangerous areas, including for Schubert’s red card. You wonder if has the pace to be as effective in the Premier League, though.

Involved in the build-up to the first goal with a fine piece of play and solid in the middle of the park. Occasionally loose with his more adventurous passes.

Immediately looked more confident on the ball, producing some nice moments in the first half. Long-term, Conte will surely want a more creative midfield two.

Enjoyed the freedom of playing wing-back, where his pace should be an asset. Created chances, including an early opportunity for Son.

Took his goal calmly after an excellent one-two with Kane but lost possession in dangerous area for Vitesse’s second goal. Added an element of exciting chaos at No10 but is he polished enough to play there every week?

Scored the first goal under Conte, just as he did for Jose Mourinho and Nuno Espirito Santo. Also struck the post and had an effort cleared by the last defender in a menacing first-half display.

A brilliant assist for Lucas’ goal and a less brilliant one for Rasmussen’s own goal as he returned to life. Still looked clunky though and feels like he needs a goal of his own.

Put himself about and created a great late chance for Lo Celso with some lovely play.

Immediately took a boot to the head and played the final 15 minutes with a Terry Butcher-style bandage.

Influential in Schubert’s red card after releasing Romero with a fine pass. Looked more confident on the ball than under Nuno.

Should have scored but missed a golden late chance when his effort was tipped wide.