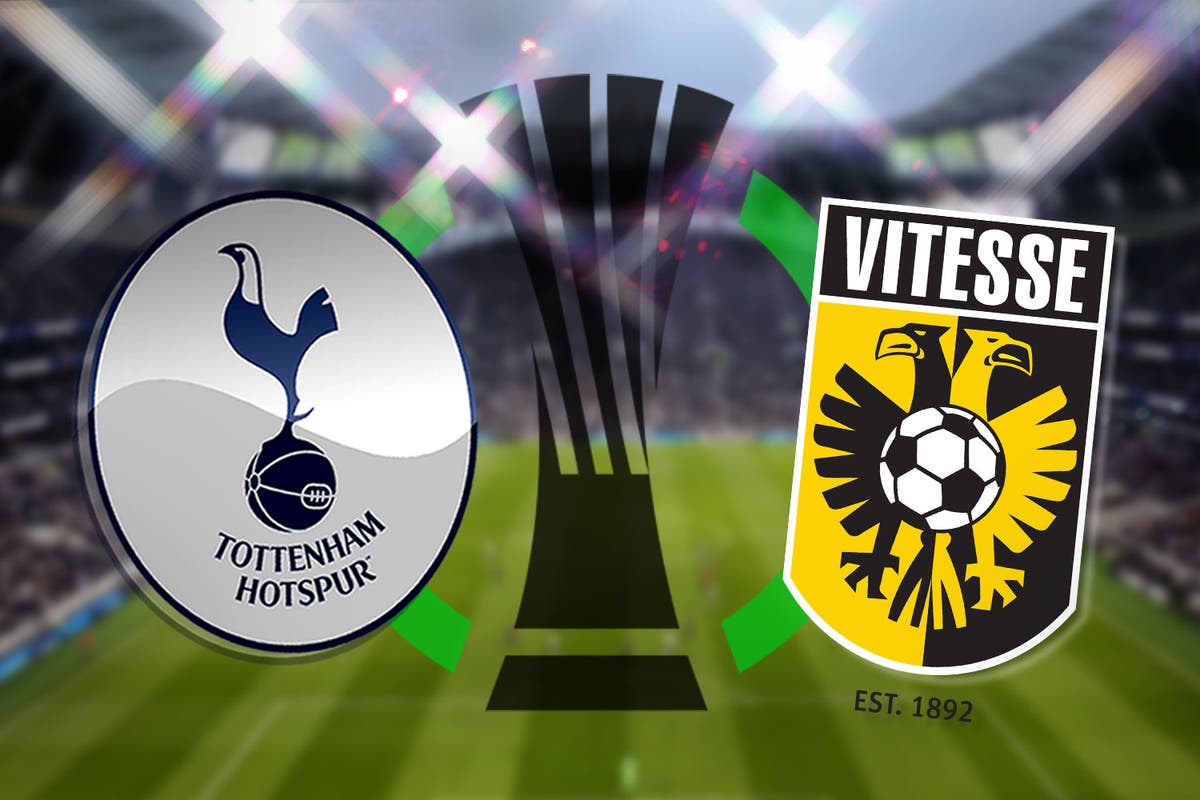 It was 162 days ago when the Italian quit Inter Milan despite leading the Nerazzurri to the Serie A title, in a dispute over transfer funds. Just a sniff at a major honour like that for Spurs would make his time in North London a success.

First on the agenda is a Europa Conference League match with Vitesse at Tottenham Hotspur Stadium. The 8pm kick-off begins with Spurs third in Group G, having lost away to the Dutch club last month.

Nuno’s decision to rest his entire first XI for that trip, and the subsequent 1-0 loss, contributed to his exit and all eyes will be on Conte’s first starting line-up tonight.

The former Chelsea, Italy and Juventus manager’s traditional 3-4-3 setup has been deployed from the off despite him only receiving his work permit on the day of the game.

With kick-off at 8pm, join Dan Kilpatrick at Tottenham Hotspur Stadium for all the action of this very intriguing match-up…

Lucas Moura is rolled in down the middle, Vitesse’s defence non-existent, and it’s the simplest of finishes.

The visitors have threatened in attack but have no answers down the other end.

A cry of ‘keeper!’ leaves no one wondering who will claim the corner and Lloris immediately launches a counter.

Kane and Reguilon combine well before Son takes up the chance, lashing a shot against the near-post.

20 mins: That was closer than Lloris would have liked…

Bero takes aim from 20 yards and his shot deflects wide, but that far wide, of the post. The goalkeeper was rooted to the turf.

Son, who scored the first goals under both Mourinho and Nuno and the first goal at this stadium, gets the Conte era up and running with a low finish.

Spurs are playing with far more verve and energy than under Nuno, although Vitesse have had their chances in an open start to the game.

17 mins: Vitesse head over from a set-piece after the goal, which did come amid some pressure from the visitors.

16 mins: Moura and Kane have a bite at a goalmouth scramble before Son rolls it home!

15 mins: Another attempt at a swift move through the middle falls down as Kane’s touch around the corner to Son escapes the Korean.

Interesting to note that Dier is the central of the three defenders, with Romero to his right and Davies left, both are perhaps more mobile.

Vitesse are finding a bit of joy in the channels and Wittek lashes a shot into the side netting.

Tottenham lose possession in their own half and Frederiksen latches onto a loose ball, firing wide at the near-post. A bit of an escape for some sloppy play.

10 mins: Hojbjerg and Skipp are very happy to rush forward and provide the pressure in this midfield, so long as one of them stays at home.

A couple of short delays have stunted Spurs’ momentum however, the linesman requiring attention to his radio.