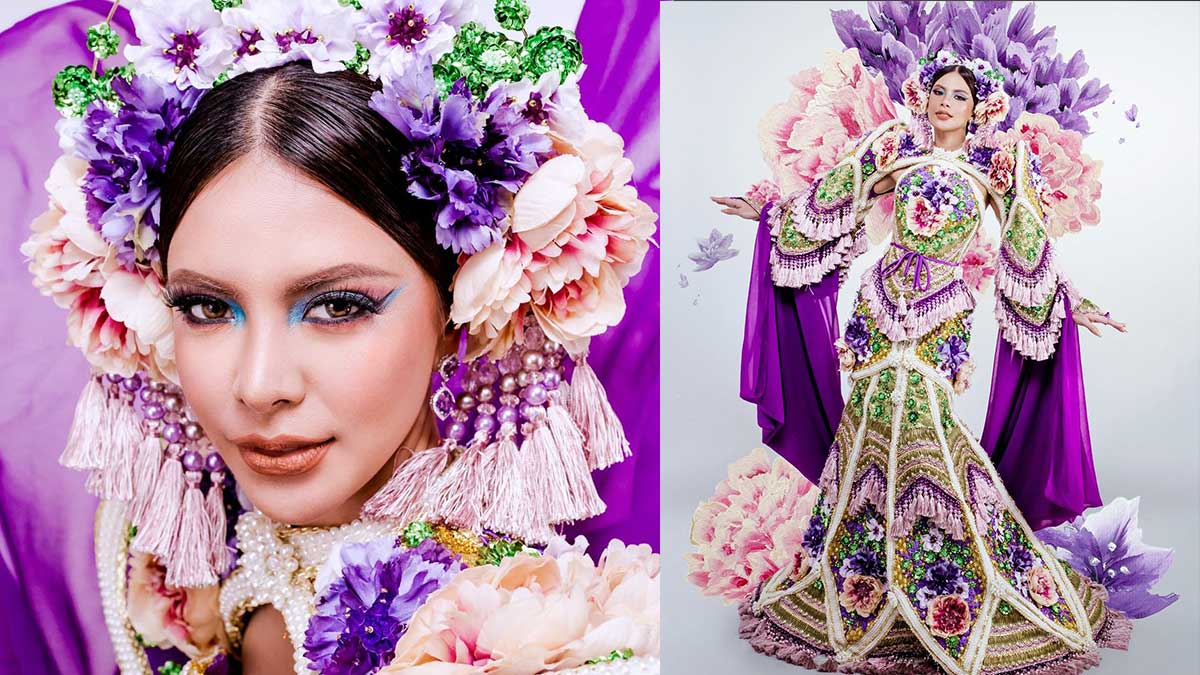 Cebuana beauty queen Tracy Maureen Perez transformed into a “moon goddess” in her national costume for the Miss World 2021 pageant in Puerto Rico.

On Tuesday, December 14, 2021, the official Instagram page of Miss World unveiled Tracy’s national costume and announced the Filipina beauty queen’s inclusion in the pageant’s Top 10 Beauty with a Purpose challenge.

Axel shared more details in an Instagram post and said he took inspiration from Mayari, a goddess in Kapampangan mythology.

The designer wrote, “Mayari—Moon Goddess and daughter of Bathala. Hailed as the most beautiful deity, she has complete dominion of the world at night. The moon has been revered as a celestial being by most ancient civilizations in antiquity. Apart from its mysterious allure, it has also been though to have great cosmic influence on the mortal realm.

“My rendition incorporated a lot of traditional forms as the base silhouette, with slight exaggerations in the proportion and volume. For embellishment, I crafted white & purple moon flowers (morning glory/moon vine) from scratch, and added the gradient shading in the middle to give it more depth. Pearls and tassels thoughtfully border the hemlines.”

In a series of posts, Axel put out the photos of Tracy clad in the national costume before she left for Puerto Rico.

The photography was done by Larlo Ray. The glam team included Nicko Dela Peña for make-up and Niño John Solis for hair.

Tracy was styled by Edward James Castro for the shoot with accessories from DiaGold Jewelry. The moonflower illustration used on the photos was made by Alexa Jade Sanchez.