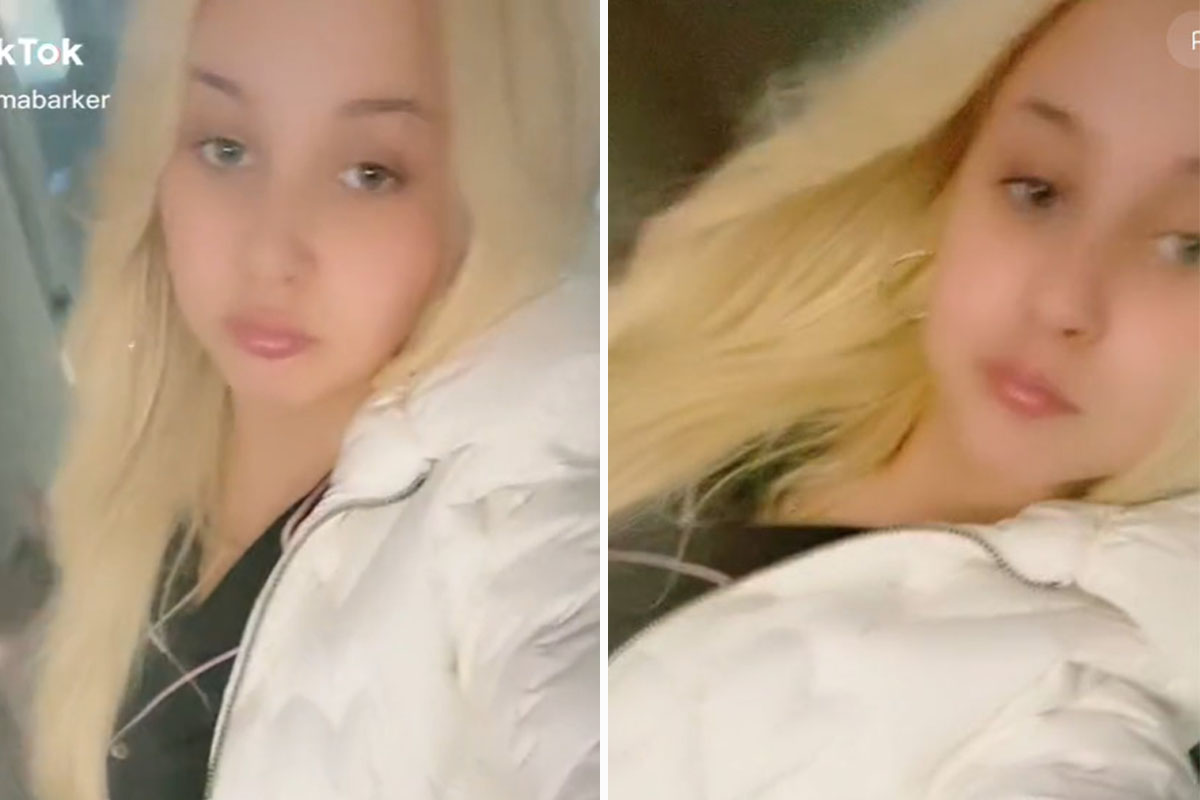 TRAVIS Barker’s daughter Alabama, 15, looked almost unrecognizable in a rare makeup-free video after she was attacked by trolls who wanted her to “act” her age.

Travis‘ teenage daughter pretended to show off her freestyle rapping skills on TikTok.

In the short clip, Alabama wore a white jacket and a black outfit as she spun around.

She lip-synched to the BlueBucksClan rap song, Sh*t Talk.

Travis’ girl waved her hands around her chest as she mimicked the lyrics: “Trying to wash my sins off.”

Although the teen girl appeared to be glam-free, she did add a bit of gloss to her lips.

In addition to his daughter, Travis shares son Landon, 18, with his ex Shanna Moakler, 46.

Her father is engaged to Kourtney Kardashian, 42, who is the mother of Reign, seven, Mason, 12, and Penelope, nine.

She shares her three kids with her ex, Scott Disick, 38.

Recently, the teen girl has been sharing videos featuring her father and soon-to-be step siblings including Penelope.

She danced in front of her dad in one of her previous TikToks.

Alabama and Penelope seemed to have developed a friendship while making their videos.

Fans though were not amused by their videos as they accused Travis’ teenager of “corrupting” Kourtney’s young daughter.

At the beginning of December, in the TikTok clip, Alabama upset fans when she posed in front of a mirror as she wore a tiny terrycloth romper with buttons and short sleeves.

Her blonde locks were curly as she sported a full-glam makeup look.

She appeared to be hanging out with her friends.

Alabama mouthed the words to the Girls Want Girls song by Drake while pointing her acrylic nails at the camera.

Many of her fans raced to the comments section and gushed over how “pretty” she looked in the short video.

Others though were worried that the child star was dressing up and acting well above her age.

One troll ranted: “This girl needs to act her age!! She’s too f**king pretty to be stuck like this…I hate that.”

A second troll agreed: “Shorten them nails…You’re too gorgeous for all that.”

Another person claimed: “She looks like she’s in her 30s.”

A fourth person begged her: “Stop trying to be an adult, it’s so sick.”

A commentator added: “Be a kid girl! You’re trying to grow up way too fast.”