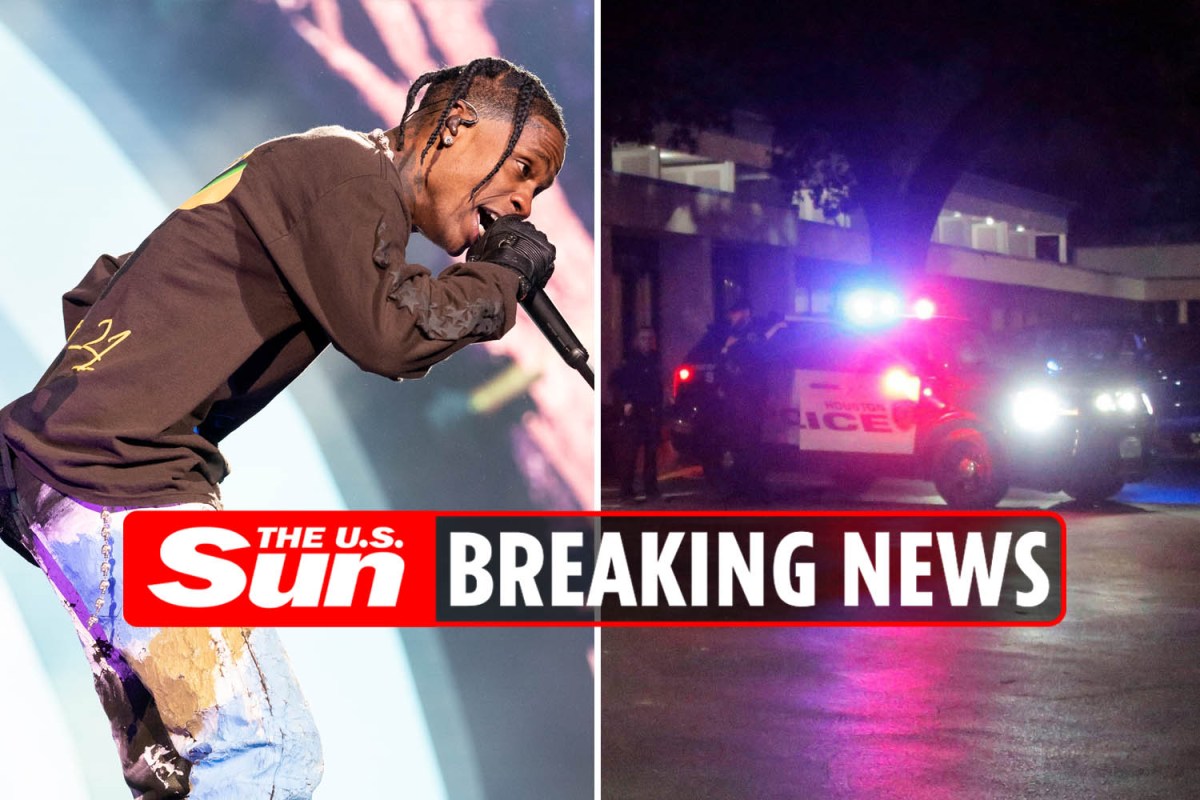 RAPPER Travis Scott has said he is “absolutely devastated” after at least eight people died in a crush during the first night of his Astroworld Festival.

Hundreds more were injured in the rush towards the stage at NRG Park in Houston on Friday.

The rapper took to his Twitter page to tell fans his prayers went out to the families involved.

“I am absolutely devastated by what took place last night. My prayers go out to the families and all those impacted by what happened at Astroworld Festival,” he wrote.

Travis added: “Houston PD has my total support as they continue to look into this tragic loss of life.

“I am committed to working together with the Houston community to heal and support the families in need. Thank you to Houston PD, Fire Department and the NRG Park for their immediate response and support.”

Around 50,000 fans arrived for the first night of the sold-out, two-day event.

According to Texas officials, the crowd began to “compress towards the front of the stage” at around 9.15pm, which prompted panic.

17 people were transported to nearby hospitals with 11 in cardiac arrest.

Early this morning, while addressing a press briefing, Houston Fire Chief Samuel Pena said: “We had at least eight confirmed fatalities today. We had scores of individuals injured at this event.”

A “mass casualty incident” was declared at 9:38pm, he added.

Chief Pena told reporters: “At approximately 9.15pm the crowd began to compress towards the front of the stage and that caused some panic and it started causing some injuries.

Harrowing footage on social media shows the distressing scenes as paramedics perform CPR on several people in the crowd.

It remains unclear how many people were injured as of early Saturday morning, but authorities told FOX 26 several people were in need of medical attention.

A number of people were treated at the scene at NRG Park, where a field hospital was set up.

Read our live Astroworld blog for the latest updates.

One concert-goer revealed his horror as he saw a young woman snap her ankle in the chaos.

He told The Sun: “Myself and eight friends made it out safe. Imagine thousands of people pushing you forward – over 50,000 plus people.

“I’ve never been to a concert this chaotic. The smaller individuals, under 5ft 4 were like struggling for air. Children being trampled.

“I was holding onto the rail with my buddies, I had it easy. I saw many people cry and scream.”

The show was called off shortly after the horror crush and the second day of the event has also been cancelled.

“Our hearts are with the Astroworld Festival family tonight – especially those we lost and their loved ones,” organizers of the event wrote on their social media pages.

“We are focused on supporting local officials,” they added.

A large number of police and fire fighters were scrambled to the area of the event on Friday night.

Houston Police Executive Assistant Chief Larry Satterwhite said the tragedy “all happened all at once”.

He said: “It seemed like it just happened… over the course of just a few minutes.

“Suddenly we had several people down on the ground, experiencing some type of cardiac arrest or some type of medical episode.”

According to Houston Police Chief Troy Finner, organizers paused the concert when they realised how many people had been hurt.

“At some point, the show was stopped when the crowd was surging,” Mr Finner said.

He added that it was too early to determine what caused the crowd surge and urged people not to speculate.

Responding to the tragedy, Houston’s mayor Sylvester Turner, tweeted today: “The city of Houston extends our condolences to the loved ones of 8 people killed and several injured at #ASTROWORLDFest.

“Organizers held the event to bring people together for music, but it sadly ended in tragedy. Thanks to police, fire & other agencies that responded to assist.”

Drake had joined Scott on-stage at the concert – which was live-streamed by Apple Music.

Scott stopped a number of times during his 75-minute performance when he spotted fans in distress near the front of the stage.

He reportedly asked security to make sure they were all okay and get them out of the crowd safely.

The rapper’s pregnant girlfriend, Kylie Jenner, was watching his set – sharing backstage videos and clips of the crowd on Instagram before the tragedy.

There is no suggestion Kylie was injured.

Emergency vehicles, lights and alarms flashing, could be seen cutting through the crowds during the concert.

Those who had died had not been identified as of early Saturday and a reunification post was set up at the nearby Wyndham Hotel to help families locate their loved ones.

A medical examiner will investigate the cause of deaths at the festival.

‘OUR HEARTS ARE BROKEN’

“People go to these events looking for a good time, a chance to unwind, to make memories.

“It’s not the kind of event you go to where you expect to find out about fatalities.”

Authorities said more than 300 people were injured throughout the day at the event, including those with minor scrapes and bruises.

Houston Police Chief Troy Finner called for calm and urged people not to jump to conclusions as to what caused last night’s surge.

“I think it’s very important that none of us speculate,” he said.

“Nobody has all the answers tonight.”

He added that there have been several rumors surrounding the event that authorities would look into.

“We’re going to do an investigation and find out because it’s not fair to the producers, to anybody else involved, until we determine what happened, what caused the surge,” he said.

The reporter wrote: “A stampede burst through the gates.

“People were trampled. Some were detained.”

Astroworld is rapper Travis Scott’s music festival and is being attended by a host of celebrities, including Kylie Jenner and Kendall Jenner.

Tickets sold for $180 for general admission and $490 for ‘stargazer’ tickets.

It came after the show was canceled during the pandemic last year.