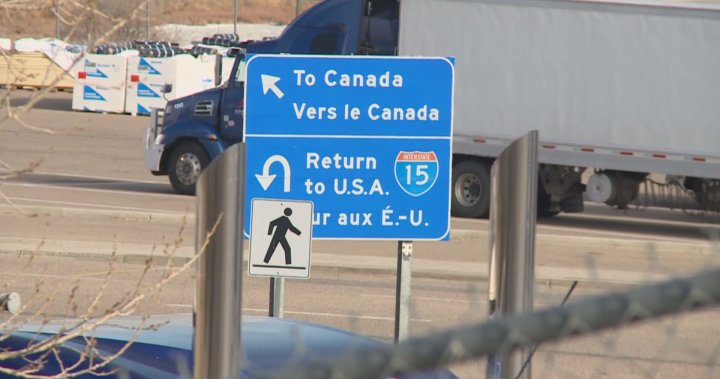 Truck drivers and the country’s major airlines joined with the official Opposition Saturday to criticize the Trudeau’s government’s new public health rules that will apply to international travellers, rules that were announced Friday.

“By only focussing on short trips and Canadian travellers, government has taken a piecemeal approach that is not justified or based on science,” Canadian Airlines Council of Canada CEO Peter McNaney said in a statement. “To our knowledge, no other country in the world has adopted such a narrow approach.”

Airlines, as well as other industry lobby groups such as the Canadian Chamber of Commerce, believe the requirement for a molecular test should be eliminated for all fully vaccinated travellers. On that point, those industry groups will have an ally in the official Opposition which is expected to press the government on the new rules when the new Parliament opens next week.

“This is a half measure, and I think it’s confusing, and I think that the prime minister ought to start listening to his own expert advisory panel, which not once said that any unvaccinated traveler needed a PCR test to come into Canada,” said Melissa Lantsman, the Conservative MP for Thornhill, Ont., and her party’s transport critic.

Read more:
U.S. border is reopening to Canada. What you need to know before you travel

While Canadians travelling to the United States must be fully vaccinated they do not require a molecular test. Americans coming to Canada, however, do require that test. When American legislators met in Washington, D.C., last week with Prime Minister Justin Trudeau and members of his cabinet, the Americans pressed for changes to the border rules which would facilitate easier cross-border travel to help revive economies in border towns in both Canada and the U.S.

Another rule change, set to come into place on Jan. 15 would require all those now exempt from many border rule requirements, to be fully vaccinated. That group includes, for example, professional athletes but would also include essential workers like truck drivers.

Stephen Laskowski, the CEO of the Canadian Trucking Alliance, said if Ottawa insists on bringing in a vaccine mandate early in the new year, as many as 20 per cent of the 120,000 Canadian truck drivers who run international routes would quit.

The industry is already short 18,000 drivers, Laskowski said, and anything, such as a vaccine mandate, that worsens the labour situation will only further snarl supply chains and drive up consumer prices.

Moreover, Laskowski argues that truck drivers represent a relatively low public health threat given that the occupation is one characterized by solitary work.

“What we found over the last two years is that truck driving as an occupation is well below the national or local rate of contracting COVID-19,” Laskowski said.  “So the risks are low among truck drivers.”

On Friday, as he announced the new rules, Health Minister Jean-Yves Duclos promised the government would monitor the rule changes on Canada’s COVID-19 infection rates and would be prepared to adjust if necessary.