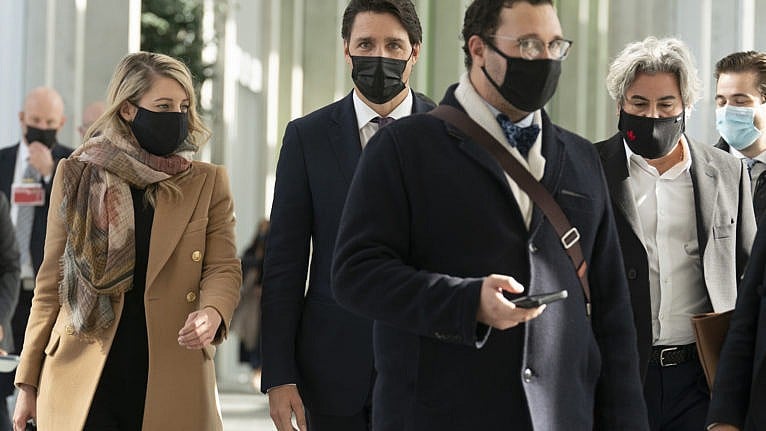 Paul Wells: Canada needs new ambassadors in Beijing and Paris, and the career diplomats are likely to face stiff competition from political appointees

An oddly valedictory week for the Prime Minister. (Don’t read anything into it. What kind of fool would read anything into it?) On Monday Justin Trudeau sent out a release bidding his ambassador to Beijing, Dominic Barton, a fond farewell. “Dominic, my friend, thank you for your work and dedication to our country and to the people of Canada,” the PM’s release said. “Canada is stronger because of your service, and I wish you all the best.”

On Tuesday Trudeau dropped by France’s glorious embassy on Sussex Drive to watch his former ambassador to Paris, Isabelle Hudon, get inducted into the Légion d’Honneur. During her time in Paris, he tweeted,  Hudon “worked hard to advance gender equality, strengthen the relationship between Canada and France, and so much more. Congratulations, Isabelle!”

Both events raise questions. Trudeau writes that Barton helped shape “Canada’s priorities with respect to China. Thanks to his efforts, Canada is now better positioned to… achieve our diplomatic objectives.” Well then: What are “Canada’s priorities with respect to China”? And what are “our diplomatic objectives”?

As for Hudon, who consulted on the transition between Trudeau’s first and second governments and has long been a prominent figure in Quebec Inc., I’ve been impressed at how diligently she’s marketed her efforts during only her first few months as CEO of the Business Development Bank of Canada. One columnist once suggested she’d make a great mayor of Montreal. At that point, 13 years ago, she didn’t, and at any rate I’m wondering whether her ambitions, if any, lie elsewhere. Anyway, here she was on Sussex Drive with the Prime Minister of Canada.

Both Hudon and Barton benefited from strikingly exuberant prime ministerial praise. Mélanie Joly, Trudeau’s latest foreign minister, chimed in with her own ode to Barton and got into trouble from one of my colleagues for it. One presumes Joly is not too dismayed. Agreeing with the boss, as we have often seen, helps a Liberal’s career more than disagreeing with the Globe hurts it. Nor am I in a mood to rebut Trudeau’s praise. It’s clear that Barton worked hard to get the two Michaels released, and that Hudon was as well liked by her French hosts as by her Ottawa colleagues. But work, dedication and service are table stakes for any number of dozens of Canadian diplomats, and very few of them get public high-fives from the big guy on their way out. It’s hard to shake the suspicion that what Trudeau liked most about these ambassadors was simply that he already knew them before they submitted their diplomatic credentials.

These considerations matter as a number of key diplomatic posts open up around the world. There’s been grumbling among foreign-service lifers as the Trudeau government hands a number of ambassadorships to political appointees. Such grumbling is always self-interested—career diplomats will always prefer career diplomats that can, in theory, go to anyone—and in some cases the appointments are perfectly routine. Washington, London and Paris usually go to political appointees. Sometimes they do a hell of a job. David McNaughton helped alert the Trudeau crew to the possibility of a Donald Trump election win in 2016, and helped quarterback their response to it when it happened.

But when Ian McKay, a former national director of the Liberal Party of Canada who speaks Japanese, became Canada’s ambassador to Tokyo, it reinforced a dawning suspicion that the diplomatic corps faces stiffer competition than ever.

Now Canada needs new ambassadors in Beijing and Paris. Career diplomats used to regularly become Canada’s ambassador to Beijing. But so far Trudeau has sent a former cabinet colleague (John McCallum) and then a McKinsey kingpin who’d already advised Trudeau on economic policy. Sensing a trend, senior China hands at Global Affairs Canada have lately been leaving the department. Which leaves fewer China hands to send to China. I know everyone wants to debate what our relationship to China should be, and to say the least I’ve noticed Trudeau’s reluctance to engage substantively on that question, but the ambassador needs to be somebody, and now Joly’s department doesn’t have as many somebodies to consider as it once did.

Trudeau, and Joly if she can influence the PM’s choices at all, have half a dozen chances to name envoys whose departure will be worth over-the-top tweets when their appointments end in turn. A government defines its priorities whether it wants to or not, by the sum of its choices on questions like these.