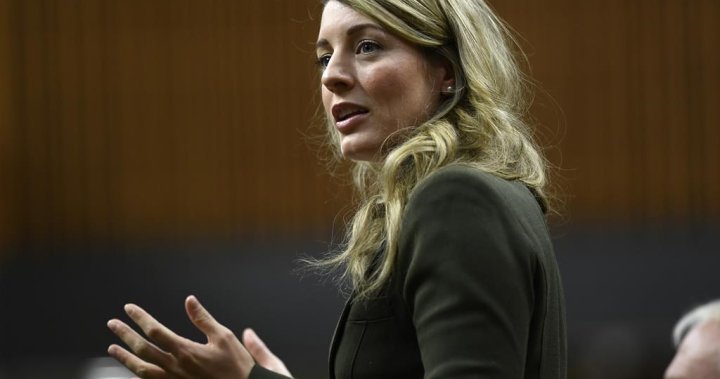 Prime Minister Justin Trudeau is changing his top diplomat for the fifth time in six years.

Trudeau said after his meteoric 2015 majority win that when it came to global affairs, “Canada is back.” Since then, it’s been back-to-back ministers responsible for Canada’s role on the world stage.

“There is an issue with the remarkable turnover in the role, and it’s an issue because it’s a position … that has a steep learning curve,” said Roland Paris, a University of Ottawa professor who previously advised the Trudeau government on foreign affairs.

“There are some significant issues that she is going to have to manage over the next little while; Canada-U.S. relations is one of them. The platform also included a commitment to implement a comprehensive Indo-Pacific strategy … (Joly will have to) breath life into those policy commitments.”

Joly assumes the foreign affairs role amidst political instability with Canada’s closest ally, the United States. President Joe Biden has not been able to convince his own party to move aggressively on issues like climate change and the post-COVID-19 economy, with midterm elections just around the corner.

The spectre of Donald Trump looms over American politics, and both Trudeau and Deputy Prime Minister Chrystia Freeland know what dealing with a hostile White House is like.

Joly will also have to grapple with developing a new Asia-Pacific strategy while relations with China – the rising economic and political superpower – are at an all-time low. While the drama over Huawei CFO Meng Wanzhou and the arbitrary detention of Michael Kovrig and Michael Spavor is over, Canada cannot assume relations will return to normal with an increasingly belligerent Beijing.

Asked about changing foreign ministers so frequently, Trudeau said he wanted to highlight a “renewed team” that “will be able to contribute enormously.”

“I think people see how much Canada is involved internationally in multilateralism in the large issues,” Trudeau said, referencing climate change and the growth of authoritarianism abroad.

“We will continue to be a strong, present partner and I’m very eager to work with Minister Joly on the international checkerboard to continue to advance Canadians’ priorities.”