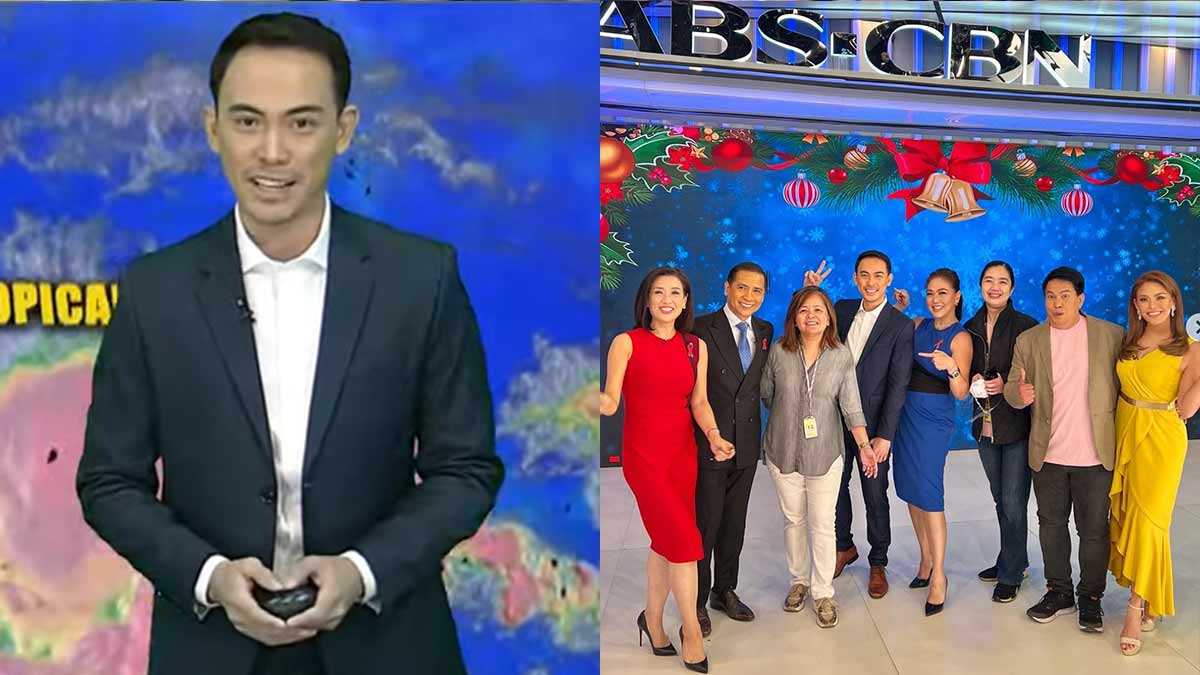 After the broadcast, TV Patrol anchor Karen Davila posted photos with Ariel and the rest of the team welcoming him on his first day as the show’s weatherman.

Karen mentioned in her caption that Ariel’s father even got teary-eyed for his big break.

Based on TV Patrol’s welcome AVP for him, Ariel was a weather specialist in PAGASA for four years.

He was not just introduced as the new weatherman for TV Patrol but also as ABS-CBN’s resident meteorologist.

On Twitter, Ariel thanked his colleagues for the warm welcome, “Thanks for the very warm welcome, @TVPatrol @ABSCBNNews! Still overcome with emotions.

Ariel is the third weatherman of TV Patrol following the late Ernie Baron and Kim Atienza.