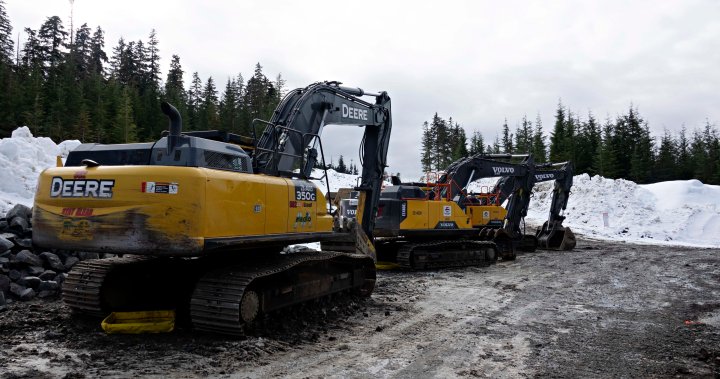 An award-winning photojournalist and a documentary filmmaker were among the 15 people arrested on Friday as B.C. RCMP moved to enforce an injunction barring protests from blocking an access road used by Coastal GasLink pipeline workers, a lawyer and a media outlet said.

While the journalists’ names were not released by RCMP, lawyer Frances Mahon said freelance photojournalist Amber Bracken and documentary filmmaker Michael Toledano were arrested at the site near Houston, in northern B.C., as they reported on the events.

RCMP Sgt. Janelle Shoihet said in an email that the names of those arrested could not be released due to privacy reasons, but they included “individuals who, following arrest, identified themselves as journalists.”

The fact that the RCMP know without a doubt that @photobracken is a journalist and was on scene in order to report for a publication and they are still refusing to release her makes me so incredibly angry. Also thinking about @M_Tol, another journalist, caught in the same BS.

RCMP have been moving in recent days to enforce an injunction against protesters who have set up blockades along the roads leading to the pipeline project, which is opposed by the Wet’suwet’en hereditary chiefs and other groups.

In a statement late Friday, B.C. RCMP said 11 individuals, including the journalists, were arrested at “building-like structures” that had been erected along a road leading to a drilling site. Four other people were arrested at a different location after police were advised that a group of individuals were throwing rocks at industry vehicles, the release said.

Shoihet said all those who were arrested for breaching the injunction had been taken to Smithers, B.C., and are expected to appear in court on Monday in Prince George.

The arrests have been condemned by the Canadian Association of Journalists and BC-based journalism outlet The Narwhal, which said Bracken was reporting for them when she was taken into custody.

We also call on @marcomendicino to instruct the RCMP to drop any charges.

Here’s our full statement, with details on their arrest: https://t.co/LZAj2LK7X2 pic.twitter.com/1jaXUKSOZK

Editor-in-Chief Emma Gilchrist said in a statement that the publication is “extremely disturbed” by the arrest, which she described as a violation of Bracken’s charter rights and of press freedom.

“As of Friday night, the RCMP were refusing to release Bracken, in violation of her charter rights,” she said. “We strongly condemn the RCMP for this behaviour and all violations of press freedoms in this country.”

In a series of Twitter messages, The Narwhal said it had previously informed the RCMP that Bracken was being sent to the area on assignment, and had provided her with credentials identifying her as a journalist. The emailed statement said The Narwhal had not yet recovered her equipment.

The president of the Canadian Association of Journalists said in an open letter to RCMP that he was “very concerned” about recent accounts of police interference with journalists reporting from Wet’suwet’en territory.

“I’d like to emphasize that all journalists who are arriving onsite have no intention of interfering with the work of the RCMP in any way. Canadian law protects the ability of journalists to access and report on any matter of public interest as it is essential to the proper functioning of democracy,” Brent Jolly wrote in a letter dated late Friday.

The B.C. Supreme Court ruled earlier this year that RCMP was not justified in imposing expansive “exclusion zones” and checkpoints that limited media access to protests against old-growth logging at Fairy Creek, and specified that police must not interfere with media access to the site without a clear operational rationale requiring it, he noted.

Bracken is a well-known documentary photographer whose work has appeared in publications across Canada.

Toledano’s website describes him as a writer, photographer, and documentary filmmaker focusing on Canadian resource extraction and impacted communities.

Mahon, the lawyer, said she was working to support both journalists to prepare for Monday’s court appearance. As of Saturday morning, she said it appeared they would not face criminal charges, but added “that could change.”