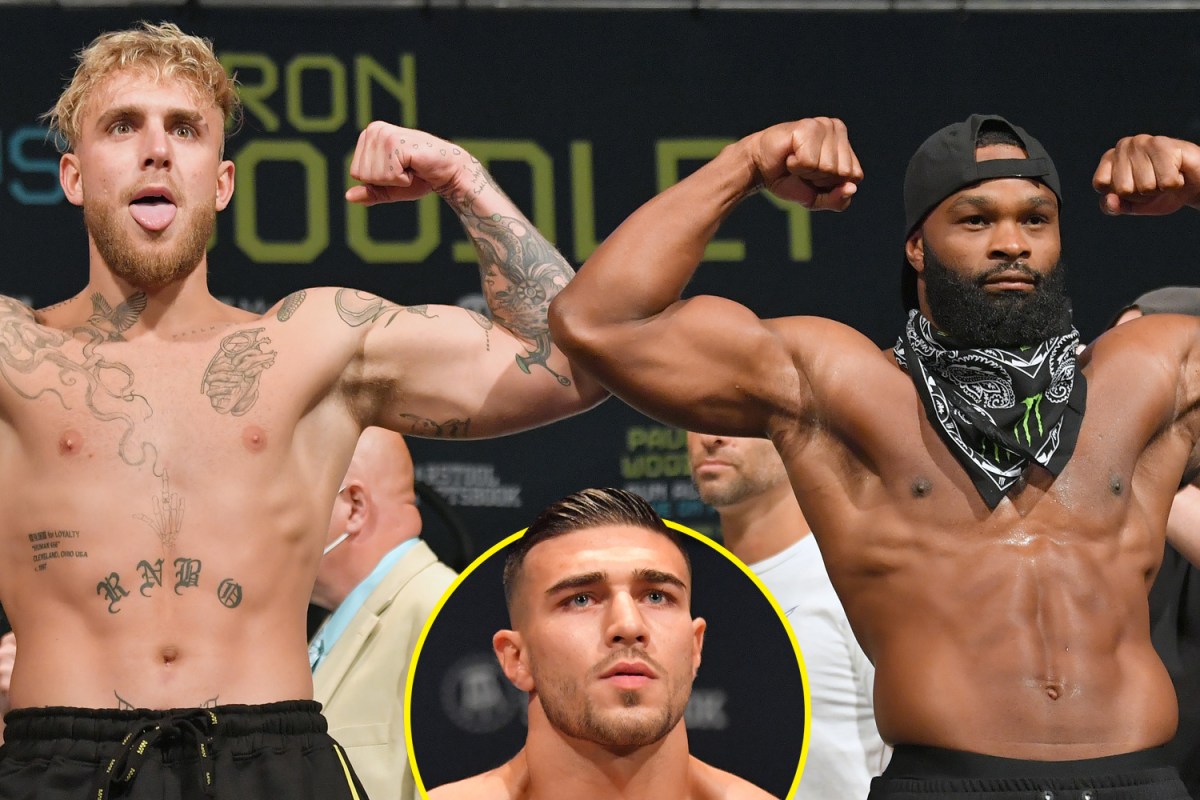 Tyron Woodley believes Tommy Fury’s injury has made everything work out for the best.

Jake Paul was originally supposed to face Fury on December 18, but the Brit was forced to withdraw December 6 after sustaining a broken rib while suffering with a chest infection.

That paved the way for Woodley to step back in and get the rematch he always felt he was due.

“Nobody wants to see no f****** Tommy Fury fight, come on now. Now his brother is lit. But, he can’t ride the coattails of Tyson,” Woodley told TMZ Sports.

Woodley believes he’s a tougher fight than Tommy and that’s exactly why Paul passed up the chance to rematch him in the first place.

The 39-year-old expected to face Paul after getting the previously agreed “I love Jake Paul’ tattoo on his finger.

“Of course I am [a tougher fight than Fury], s***. That’s why he took [the Fury] fight instead. He made a double wager and then didn’t honor it because s***, why would he go back and give me the chance to finish off what I started now that I’ve been in there with him,” Woodley said.

Woodley had been training to face Dan Hardy in a boxing match believed to be tentatively agreed to go down in early 2022, but Fury’s withdrawal presented an opportunity he was not going to turn down.

Paul is 4-0 in professional boxing with three knockouts. Woodley was the first fighter to put Paul in any real trouble and he would have scored a knockdown if it wasn’t for the ropes keeping Paul up last time out.

Woodley is still bitter about how the scorecards read at the end of the fight and he doesn’t want to leave it up to the judges this time around.

“I just feel like, definitely [I have to knock him out], I can’t leave any doubt,” he added.