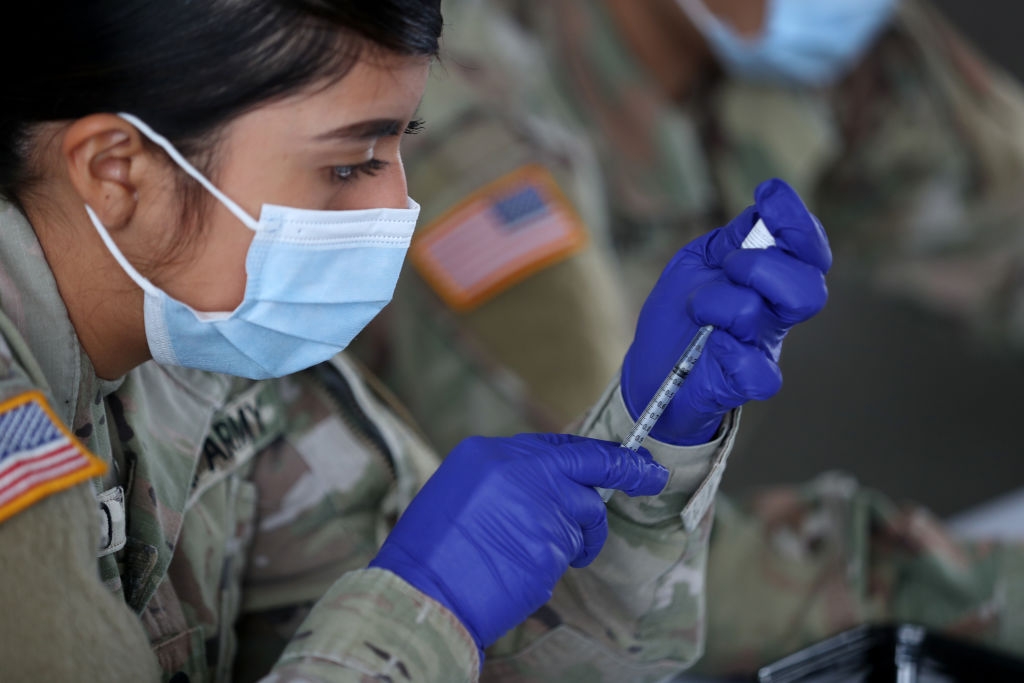 The U.S. Army have developed a vaccine that is said to be effective against all COVID and SARS variants, including Omicron.

Scientists at the Walter Reed Army Institute of Research (WRAIR) are expected to unveil the super-vaccine in a few weeks, reported Defense One .

Walter Reed’s infectious diseases branch has been working on the vaccine for almost two years, after the army received its first DNA sequencing of the coronavirus in early 2020, focusing on developing a vaccine that would work against the existing strain as well as its potential variants.

The army’s vaccine is a spike ferritin nanoparticle one, which allows it to attach to the spikes of multiple COVID variants, according to Defense One.

Dr. Kayvon Modjarrad, director of the infectious diseases branch, said the vaccine has had “positive results” in multiple trials.

“Phase 1 of human trials, which tested the vaccine against Omicron and the other variants, wrapped up this month, again with positive results that are undergoing final review.”

The human trials took longer than expected because the lab needed to test the vaccine on subjects who had neither been vaccinated nor previously infected with COVID — those of which were tougher to find because of the uptick in vaccination rates due to the Delta and Omicron variants.

“With Omicron, there’s no way really to escape this virus,” Modjarrad said. “You’re not going to be able to avoid it. So I think pretty soon either the whole world will be vaccinated or have been infected.”

The development could not come at a better time as early research suggests the current COVID vaccines offer less protection against the highly transmissible Omicron variant.

“We need to evaluate it in the real-world setting and try to understand how the vaccine performs in much larger numbers of individuals who have already been vaccinated with something else initially … or already been sick,” Modjarrad explained.

Barring that, Walter Reed is working with a yet-to-be-named industry partner for its wider rollout.

“We decided to take a look at the long game rather than just only focusing on the original emergence of SARS, and instead understand that viruses mutate, there will be variants that emerge, future viruses that may emerge in terms of new species,” said Modjarrad. “Our platform and approach will equip people to be prepared for that.”