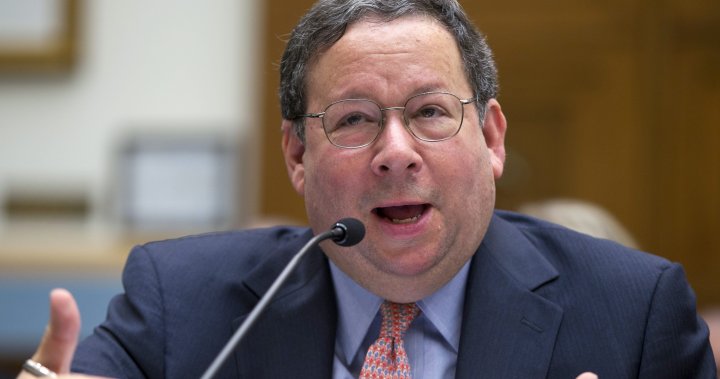 The U.S. Senate has confirmed David Cohen, a tech executive who once served as chief of staff to the mayor of Philadelphia, to be the next U.S. ambassador to Canada.

Cohen, a lawyer, lobbyist and fundraiser who served as a senior adviser and chief diversity officer at U.S. communications giant Comcast, was nominated in July by U.S. President Joe Biden.

He’s no stranger to political circles: in addition to serving as the Comcast’s primary lobbyist, Cohen spent five years as chief of staff to Philadelphia mayor Ed Rendell in the 1990s.

During his confirmation hearing in September, Cohen sang the praises of the Canada-U.S. relationship.

But he also suggested the Biden administration was growing impatient with Ottawa’s long-term China policy.

“We are all waiting for Canada to release its framework for its overall China policy,” he told members of the Senate Foreign Relations Committee, describing the autocratic regime’s ambitions as an “existential threat” to the U.S.

He also said he would be involved in discussions to “make sure that Canada’s policies reflect its words in terms of the treatment of China.”

2:41
Freeland says it’s important for U.S. to understand ‘reciprocal relationship’ with Canada when it comes to ‘Buy America’ policy

Freeland says it’s important for U.S. to understand ‘reciprocal relationship’ with Canada when it comes to ‘Buy America’ policy – Oct 14, 2021

The U.S. Department of Justice agreed to a deferred prosecution agreement for Wanzhou, who was accused of circumventing American sanctions on Iran. Her release from custody in Vancouver was followed within hours by the release of the two Canadians.

Canada has yet to formally say whether it plans to block Huawei equipment from being used in the country’s ever-expanding 5G network, even though all four of its Five Eyes intelligence partners, including the U.S., the U.K., New Zealand and Australia, have already done so.