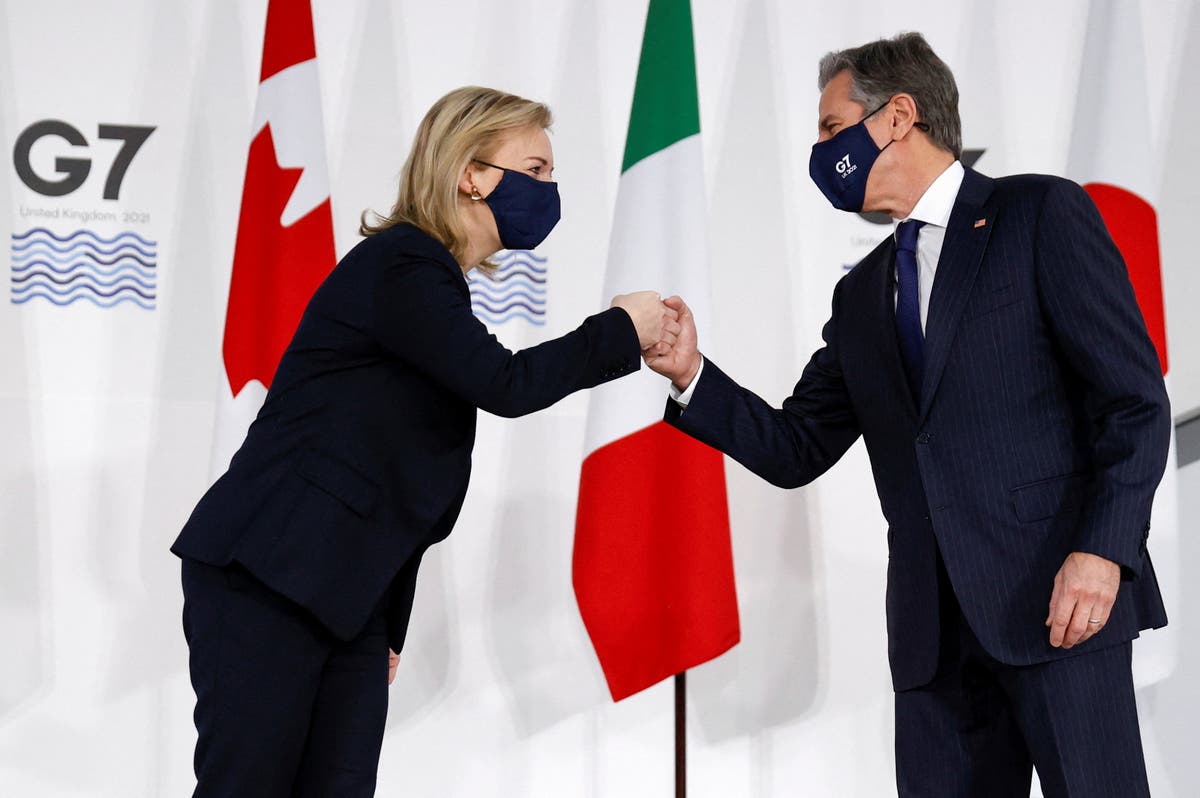 The UK and US have expressed “deep concern” that Russia has amassed tens of thousands of troops at the Ukraine border, as the allies warned of consequences if there is an invasion.

Foreign Secretary Liz Truss discussed the threat of a Russian incursion into Ukraine during talks with her US and German counterparts before a G7 foreign ministers meeting in Liverpool on Saturday.

With US secretary of state Antony Blinken she agreed there would be “serious consequences” for Moscow if troops were sent across the border.

According to US intelligence, Russia has stationed about 70,000 troops near its border with Ukraine and has begun planning for a possible invasion as soon as early next year.

A spokesman for the Foreign, Commonwealth and Development Office (FCDO) said Ms Truss and Mr Blinken “both agreed their support for Ukraine” and “expressed deep concern about the build-up of Russian troops on Ukraine’s border”.

“The Foreign Secretary and secretary Blinken both agreed on the importance of defending and promoting freedom and democracy, and the need for a unity of purpose from the G7 to achieve this.”

With the UK on Friday recording the highest number of Covid-19 infections since January 9, the Foreign Secretary chose to greet fellow ministers with fist and elbow bumps during their discussions at the Museum of Liverpool.

She told allies from the US, Canada, France, Germany, Italy and Japan they needed to “defend ourselves against the growing threats from hostile actors”.

Along with the US and German talks, Ms Truss is expected to hold bilateral meetings on Saturday with other G7 counterparts and the European Union, as well as guest countries such as Australia and South Korea.

It comes after the UK’s integrated review on foreign policy announced a “tilt” towards the Indo-Pacific, in a move seen as aiming to counter China’s growing influence in the region.