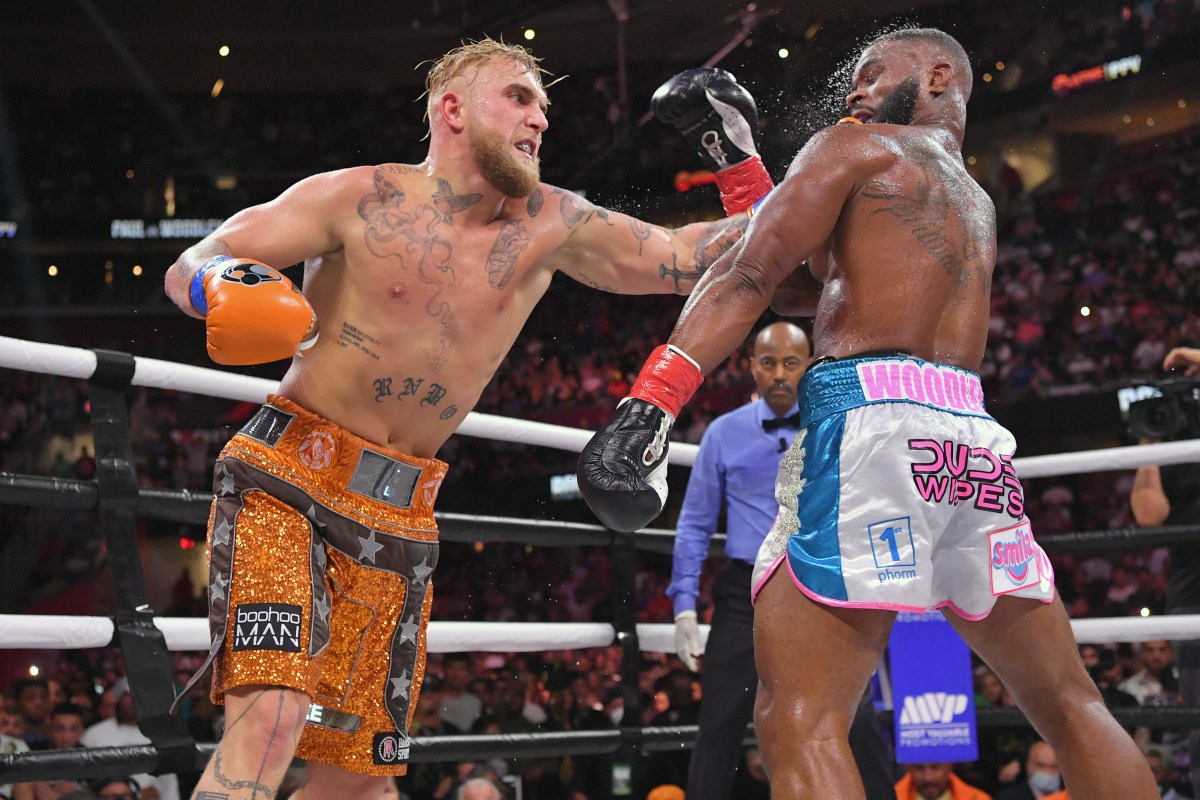 Jake Paul and Tyron Woodley will face off once again tonight after Tommy Fury had to withdraw from facing the Youtuber.

Fury, the former Love Island contestant, has had to pull out of his fight with Paul due to illness, which appeared to leave the entire card in jeopardy.

However, Woodley’s manager Malki Kawa revealed his client was ‘excited’ to secure the rematch after going the distance with his rival in August.

The former UFC champion has campaigned on social media to take on the 24-year-old since then and even got an ‘I Love Jake Paul’ tattoo.

Now the two will go head-to-head once more on Saturday.

The fight takes place on Saturday, December 18 at the Amalie Arena in Tampa, Florida.

Paul and Woodley will face each other at cruiserweight across eight rounds.

Paul sealed a split decision win over Woodley during the summer to stretch his professional record to 4-0 (3 KOs).

OFFER OF THE DAY

Paul vs Woodley 2: How to watch

FITE.TV have exclusive rights of the clash in the UK. Their show is set to start at midnight GMT.

The fight will also be broadcast live on Showtime in the US.

talkSPORT.com will also be running a live blog to bring you all the action from Florida.

The co-main event will feature female featherweight world champion Amanda Serrano, who is signed to Paul’s Most Valuable Promotions.

There will also be another unusual exhibition bout as NFL great Frank Gore takes on former NBA All Star Deron Williams.

Paul vs Woodley 2: What has been said?

Jake Paul: “It is official, Tommy Fury is boxing’s biggest b****.

“Who knows what the f*** is going on in that camp – I think he has a bad case of puss-itis.

“I couldn’t believe the news at first, still doesn’t even seem real.

“He fumbled the biggest bag of his life. Now he will be watching at home and paying me $60 instead of getting paid millions of dollars to fight me.

“I’ve fought with a broken nose, I’ve fought sick, get the f*** over it, this is boxing.

“It’s official, he was scared. I think the pressure got to him, the s*** talk got to him.

“The good news is Mr Tyron Woodley – we called him up and were like, ‘Hey do you wanna take the fight?’

“He has been training, he goes, ‘Sure, I’ll take the fight, let’s do the rematch.’

“Jake Paul vs Tyron Woodley 2 – leave no doubt. I didn’t knock him out the first time, I’m coming back and I’m getting that crazy highlight-reel knockout.”