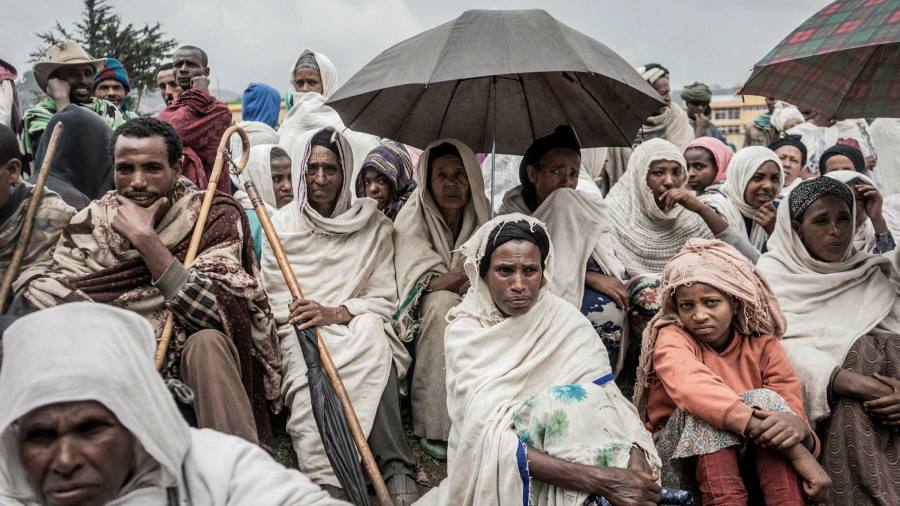 Washington is set to tighten sanctions on the Ethiopian government and other warring parties in the Horn of Africa country, in a sign of the Biden administration’s growing frustration at the lack of efforts to bring the devastating 10-month conflict to an end.

US president Joe Biden on Friday signed an executive order, establishing “a new sanctions regime that will allow us to target those responsible for, or complicit in, prolonging the conflict in Ethiopia, obstructing humanitarian access, or preventing a ceasefire”.

Under the latest measures, the US reserves the right to impose sanctions on “those in the Government of Ethiopia, Government of Eritrea, the Tigray People’s Liberation Front, and Amhara regional government, among others, that continue to pursue conflict over negotiations to the detriment of the Ethiopian people”, Biden said in a statement.

Thousands of people are believed to have been killed and hundreds of thousands have fled their homes since a civil war erupted in November.

Abiy Ahmed, Ethiopia’s prime minister, sent troops to quell unrest in Tigray after what he said was an attack on Ethiopian forces by troops loyal to the Tigray People’s Liberation Front, or TPLF.

Abiy on Friday lashed out at the US for what he called “unwarranted pressure” and “double standards”.

In May, the US put visa restrictions and economic sanctions on some officials from Eritrea and Ethiopia. The latter has been both a strategic ally to the US in the conflict-prone Horn of Africa and a close partner of China.

The new measures would provide wide latitude to impose sanctions on individuals and entities connected to the conflict, said a person close to the US administration and another person in Washington briefed on the matter.

This could act as a prelude to removing Ethiopia, a country of 114m people, from a list of nations eligible to duty-free access to the US market under the African Growth and Opportunity Act (Agoa), the people said.

Ethiopia has used Agoa, which gives most African states tariff-free access to some products into the US market, as a catalyst for its manufacturing strategy. It exported $245m worth of goods to the US under Agoa last year, more than 40 per cent of its total exports there.

Late last month, US trade representative Katherine Tai had a virtual meeting with Mamo Mihretu, a trade and economic adviser to Abiy, during which she raised “the ongoing violations of internationally recognised human rights amid the ongoing conflict and humanitarian crisis”, the USTR said in a statement. If unaddressed, this could affect Ethiopia’s eligibility to Agoa, it said.

A final decision is expected to be made in November.

Removal of Ethiopia from Agoa would damage Ethiopia’s industrial strategy, particularly in textiles and leather goods, as well as potentially harm some western brands, such as Calvin Klein and Tommy Hilfiger, that source production in Ethiopia.

Mamo told the Financial Times that access to the US market under Agoa has enabled Ethiopia to attract foreign investment into a manufacturing sector that currently employs tens of thousands of people, more than 80 per cent of them young women.

“Exclusion of Ethiopia from Agoa will push these women away from the dignity of work towards the indignity of the begging bowl. If Ethiopia ever deserved Agoa benefits, there has been no better time than today, nor a more worthy administration than this one,” he added.

Antony Blinken, US secretary of state, said later on Friday the US would delay sanctions if both sides entered into negotiations on a ceasefire.

Since July the war has spread from Tigray to two other Ethiopian regions, Amhara and Afar, displacing hundreds of thousands of people, local authorities said.