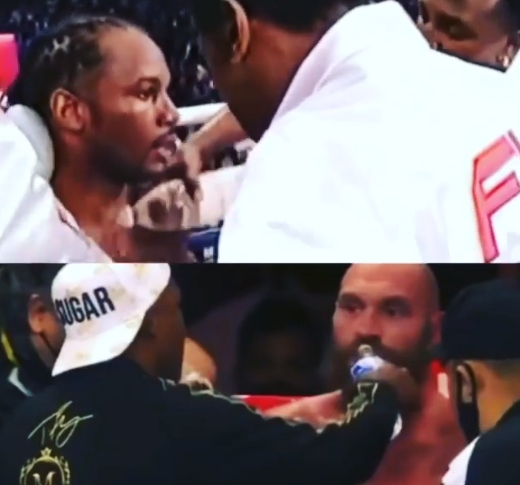 Boxing is clearly in Fury’s blood, but few families have as much lineage as the Stewards when it comes to the sport.

SugarHill Steward helped mastermind Fury’s incredible win against Wilder in Las Vegas and clearly had an influence from his famous uncle.

The trainer posted a video of Lewis’ knockout win against Tyson in Memphis showing how Steward urged his charge to be much more aggressive and seek a knockout.

It clearly worked a treat, with Lewis stopping Tyson in their grudge match to retain his world heavyweight titles.

Fast forward from that night in 2002 and SugarHill can be heard implementing virtually the same piece of advice to Fury before he himself stepped up and stopped Wilder.

Fury had the pleasure of being trained by late, great Steward for one fight in his career, before hiring his nephew for the second and third fights with Wilder.

Speaking after the fight, the ‘Gypsy King’ was full of praise for the technical advice he received during the bout.

Fury said: “I need to thank my trainer. At the end there he told me, ‘get your jab working, only the big dogs pull it out late on’.

“It was edge of the seat stuff and could’ve gone either way. SugarHill pushed me to knock him out late.”