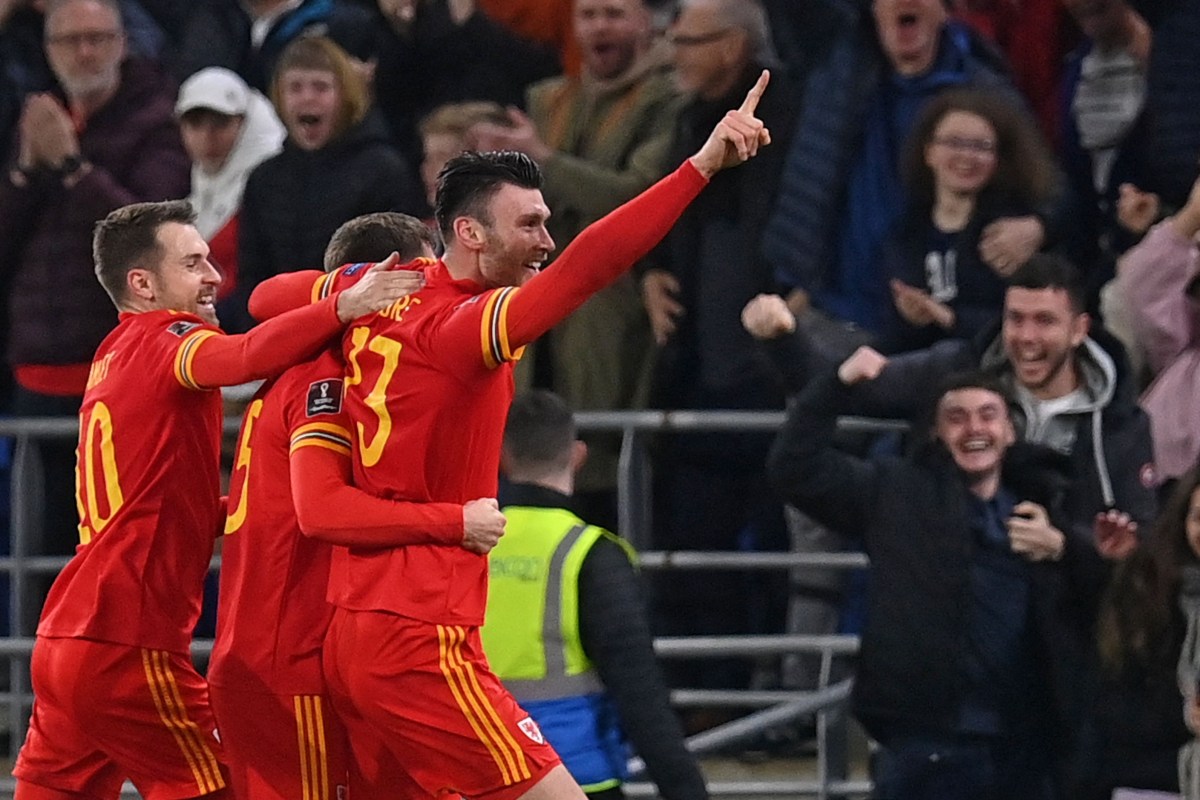 Wales have secured a seeded play-off spot with a 1-1 draw against Belgium in their final World Cup qualifying Group E match in Cardiff.

Kevin De Bruyne silenced a noisy Cardiff City stadium crowd inside 12 minutes, but Kieffer Moore equalised before half-time to give Wales the point they deserved.

Aaron Ramsey captained Wales in the absence of Gareth Bale, who had been ruled out by injury.

The Red Devils had not lost any of Roberto Martinez’s 27 European Championship and World Cup qualifiers in charge – 25 wins and two draws – but Rob Page’s side came close in the capital.

Belgium’s possession football was breathtaking at times, limiting Wales to just 28 percent of the ball, with De Bruyne at the heart of it in a false nine role.

The Manchester City man fired them ahead early, with a fantastic strike into the bottom corner from the edge of the box.

But the hosts equalised with their first shot of the game after 32 minutes as Ben Davies found the speedy Daniel James down the left.

The Leeds winger’s first cross was blocked but Arthur Theate made a hash of his second effort and Moore worked the ball onto his right foot to score his eighth Wales goal.

Neco Williams’ energy down the left was giving Belgium problems and, when he cut inside substitute Leander Dendoncker, he struck from 25 yards and forced a flying save from Casteels.

Already guaranteed a play-off spot through their Nations League results, Wales did enough to secure a home tie in March by finishing second in Group E.

What an effort and what a save! 🧤

Neco Williams drives down the left, cuts inside onto his right and unleashes a stunning effort to force a brilliant save from Koen Casteels 😮

The point was enough to finish above the Czech Republic and take their place among the six seeded teams in the play-offs.

Turkey needed to win by four goals in Montenegro to deny Wales a home tie but could only manage a 2-1 victory.

Page’s side will now be handed an easier draw in the next round, avoiding the likes of Italy and Portugal.