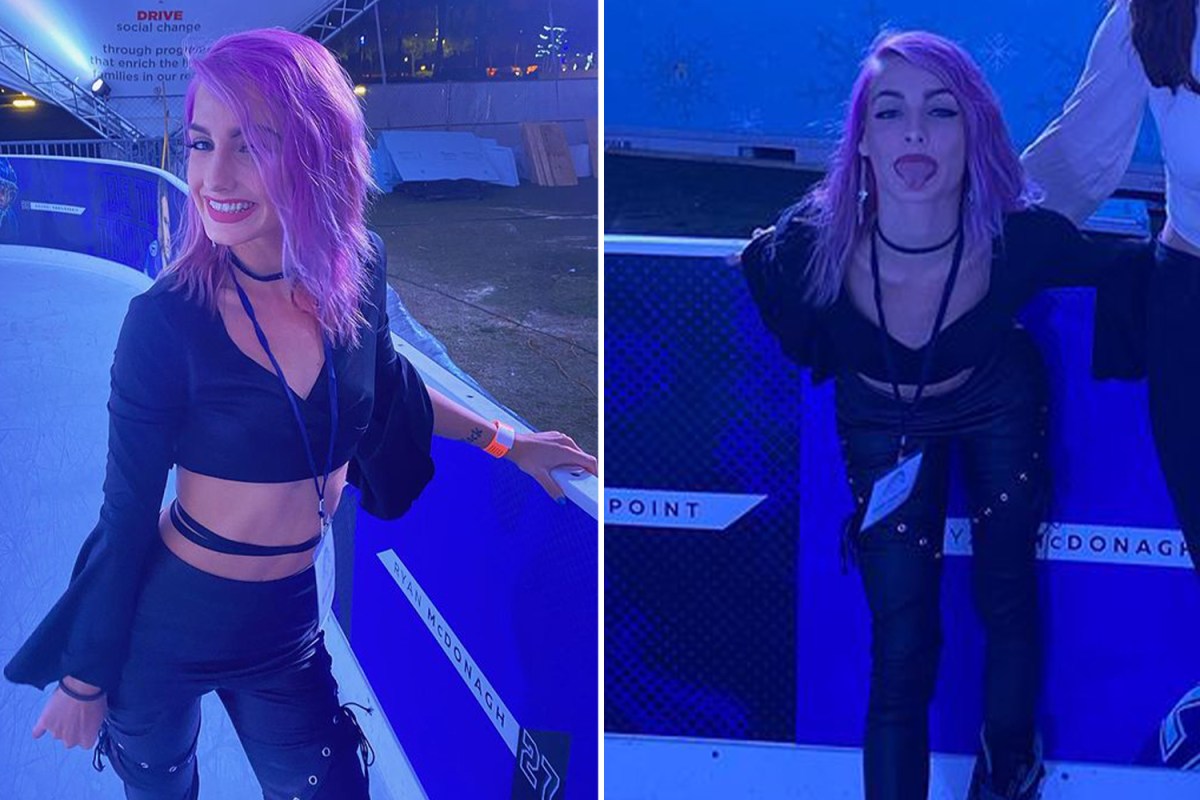 WELCOME to Plathville rebel Moriah Plath showed off her sexy body in a crop top and tight pants while on the skating rink after she had fled her strict and conservative Christian family.

Moriah, 19, showed off her skimpy outfit on Instagram, even though the temperature had dropped inside the rink.

In the first snapshot, the Welcome to Plathville star flashed a smile as she held onto the railing.

Moriah’s black crop top showed off her cleavage and her bare midriff.

While strutting around in the tight pants, the reality star also managed to do a split on the ice.

In the following shot, she stood next to her sister-in-law, Olivia Plath, 23.

In the group photo, Olivia planted a kiss on Moriah’s cheek while Ethan, 23 – Olivia’s husband and Moriah’s older brother -poked her other cheek with a straw.

Moriah joked that her sibling “used his straw to pour his drink on me.”

She captioned the post: “Ice skating is probably one of the only things to do in Tampa that actually makes it feel like winters coming!

“If any of you are looking for something fun to do in the Tampa area definitely check out downtown Tampa’s Winter Village!”

The teen reality concluded that her trip to Tampa “was a blast.”

Ethan, 23, happens to be the oldest son of parents, Kim and Barry Plath.

Back in October, Ethan and Olivia had been having difficult talks as they remained separated on the reality show.

Ethan wanted to have a family with Olivia, but she was not ready to move back in with him.

He felt deflated after she said to him: “I think for right now. Just like being friends would be really good.”

The two appeared to be back on track though as Olivia posted about their relationship status on Instagram.

Ethan’s wife wrote: “Relationships are always stronger when you are best friends first, and a couple second.”

She added: “Had to learn this the hard way. Grateful to be on this side.”

The couple’s marriage problems have been documented since the third season.

The TLC show follows the Plath family of Georgia and some of the older kids who have broken away from the strict fundamentalist Christian family in recent episodes.

In the premise, Kim and Barry raised their kids in a strict, conservative Christian environment and limited their access to technology and the outside world.