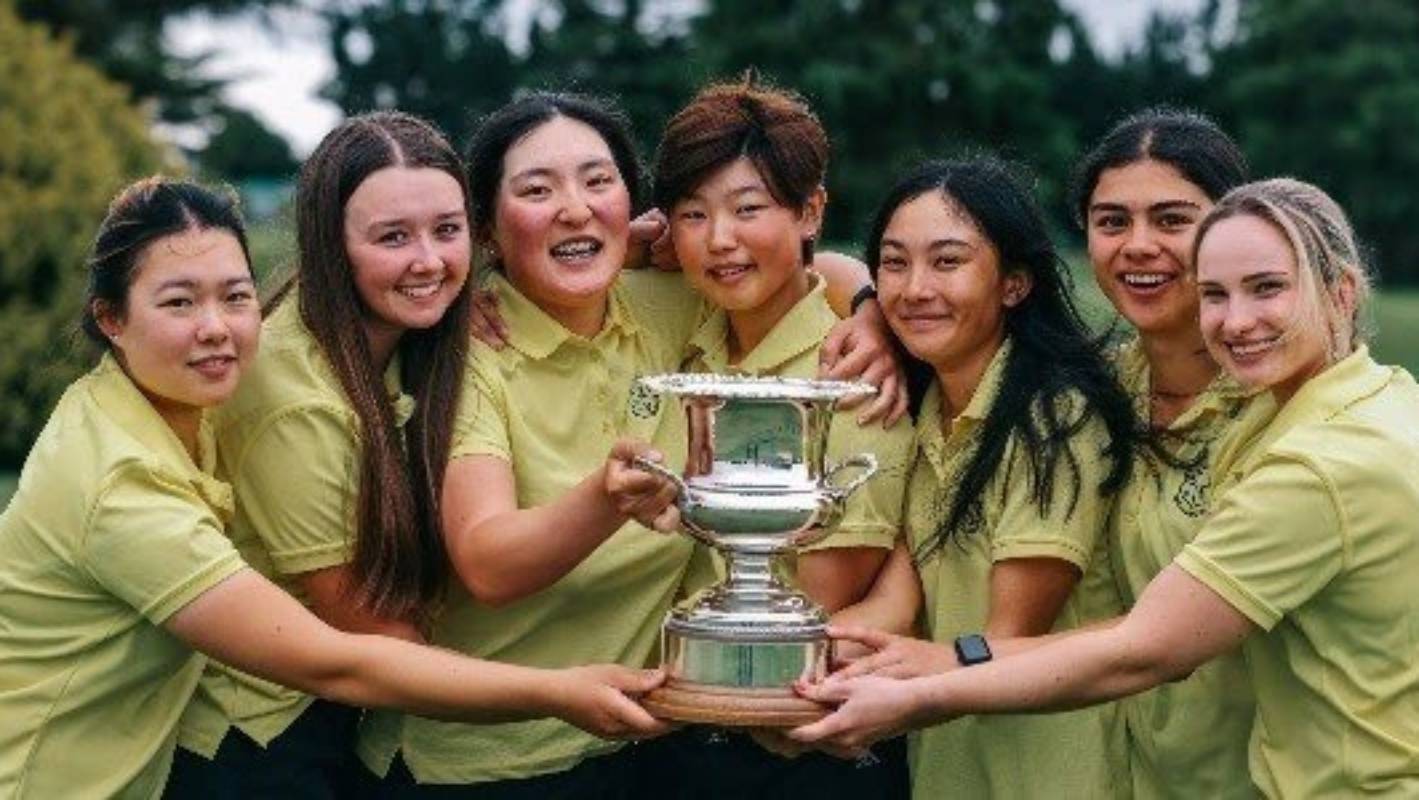 The Wellington team claimed the New Zealand Interprovincial Women’s Golf title after beating Canterbury in the finals on Saturday at the Timaru Golf Club.

The five-day tournament finished on Saturday with Wellington beating Canterbury in the final 3 1/2 to 1 1/2 at the Timaru Golf Club at Levels.

Wellington’s wins went to Dakato-Jolee Asi, Erika Cui and Darae Chung over Melissa Newburn, Olive Tapu and Maddie May respectively, while Yewoo Hyun and Rachel Eder finished all square. Canterbury’s only win was Catherine Bell’s 2 and 1 result against Danika Lee.

Both teams had come through tense semifinals in the morning, Wellington heading off Manawatu-Wanganui 3-2 and Canterbury downing previously unbeaten Bay of Plenty which went to an extra hole in the fifth and deciding match as Rachael Eder beat Heather Keefe.

Wellington number one Darae Chung, who was named player of the tournament and Wellington Golf general manager Steve Weir both pushed the team aspect of the week.

“I feel like this week is more precious because we are playing for each other as a team and I think in that sense there is this wonderful unity, everyone is supporting each other wholeheartedly and I really like tha,” Chung said on Golf NZ’s website.

Weir said they had “a super group of six girls, who consider themselves a team of six, not five players and a reserve, and they played really well in the back end of the week”.

“They are young adults but in some sense, senior golfers who have fantastic team spirit and really genuinely play for each other.”

Weir said the team, after being together for five years, team knew this was their last chance for victory together with many of the team heading overseas in 2022.

The home side, Aorangi, finished round-robin play in ninth position with a win, a draw and four losses. The win was 3-2 over Northland, the drawn against Hawke’s Bay/Poverty Bay and there were 3-2 losses to Bay of Plenty, Canterbury and Waikato and a 4-1 loss to Taranaki.

Aorangi Golf chairperson Ginny Bolderston, who also featured in the playing team for Aorangi said though it was disappointing, they took on three strong teams – Canterbury, Bay of Plenty and Waikato and put up a good fight.

“Over the whole tournament, including the playoff, we had one team win and two team halves, which was okay,” Bolderston said.

Bolderston was all praise in regard to the development aspect of the sport, that the tournament could bring in.

“We are in a partnership with Gold New Zealand, and we have a new golf development manager coming in and one of the main roles is to increase girls and women participation in the game and this interprovincial was fantastic for showcasing that there are a lot of young girls out there playing,” she said.

“It was great, and we will have no problem in getting teams for the tournaments for the next few years.

“Having it in Timaru was fantastic, with the partnership going forward which is big difference in getting more girls and women playing.”