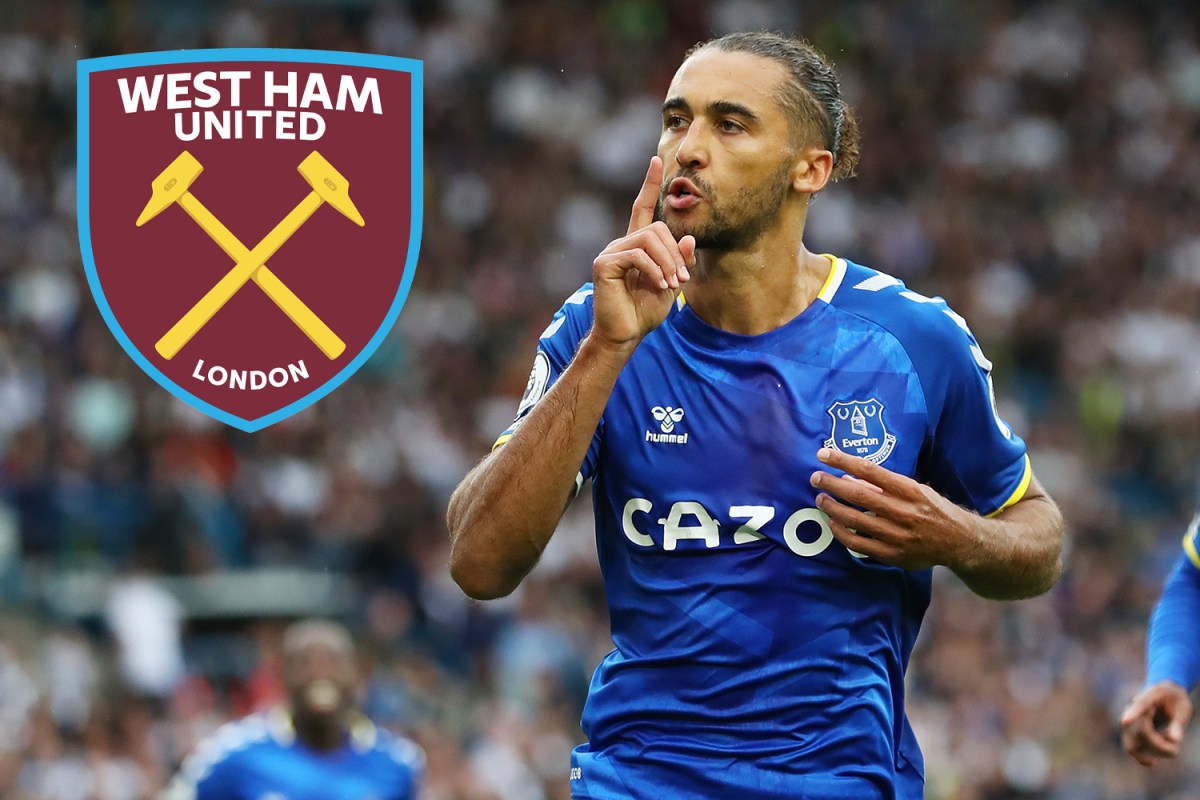 West Ham would be making a ‘massive’ statement if they can sign Dominic Calvert-Lewin from Everton.

The Hammers have been linked with a shock move for the Toffees striker.

The Sun claim Everton want to claw back some of the money from their years of overspending with a £60million price tag slapped on the 24-year-old.

The report adds that the fee would be too high West Ham at the moment, but should that change then they will be in the front of the queue.

The striker has played just four times for the Toffees this season, netting three times, due to injury problems.

Former Chelsea striker Tony Cascarino believes this would be a huge statement of intent from West Ham if they can get it over the line.

“David Moyes will know his qualities, obviously, and watched him develop as a player. He loves to play with centre-forward,” Cascarino told Weekend Sports Breakfast.

“We talked about the death of the number nine, he’s probably the best header of the ball out of the forwards that are around. He’s terrific in the air.

“He started the season well, certainly the campaign before he got a lot of goals.

“He’s the best around and still at a tender age.

“Judging him yesterday is impossible. It’s unfair on 90 minutes of a game and he’s clearly come back from a long time.

“He clearly wasn’t up to speed.

“That’s a massive statement if West Ham were able to get that over the line of where they are as a club.