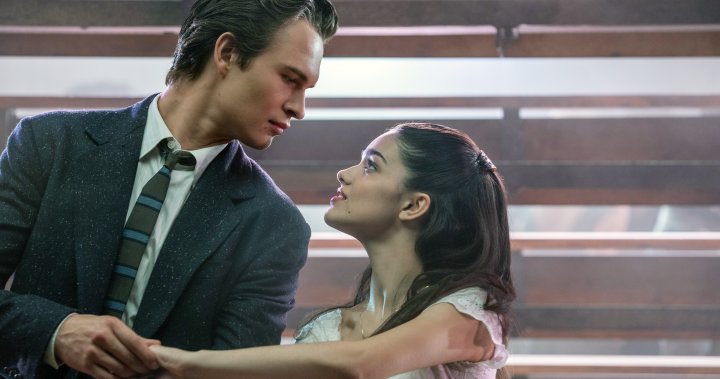 West Side Story isn’t only the 1962 Oscar winner for best picture, it’s also one of the most iconic musicals in history — most people know of it, a vast majority can sing at least one song from it, and we’ve mostly all heard about the cursed love story of Tony and Maria, which became an archetype for countless romantic dramas that followed.

Who else could possibly tackle a remake of this stature in 2021? None other than legendary filmmaker Steven Spielberg, who needs no introduction. In his deft hands, the 2021 version of West Side Story is a splash of bright colour and sound, somehow told anew despite the familiarity of the story.

Filled with dance sequences choreographed to perfection, along with beautifully sung pieces and heartfelt spoken scenes, it really is a masterwork by Spielberg. The way the camera floats down through the fire escapes of New York City (really New Jersey disguised as the Big Apple, but you wouldn’t know it), the way the colourful dresses juxtapose the grey hardness of concrete, and the effortless emotion from the cast really bring the movie to another level. It is the height of musical sumptuousness.

Why are you raving so hard about this?

In an era of remakes and reboots, we’re so often let down in our endless quest for nostalgia. But something really clicks here. Every part fits just so, and the issues the characters face have a resonance today, even though the original movie was released 60 years ago. For those unaware, West Side Story tells the tale of two warring teenage gangs in the city — the white Jets and the Puerto Rican Sharks — as they battle over turf.

There are questions of identity, of belonging, of alienation, of hope, all relevant to issues young people are facing today. Sure, the game field is different now, but some lines delivered by the cast really hit home, including remarks about United States law enforcement treating immigrants differently, or giving an advantage to white people. Even when Tony or Maria are told to “stick to their own kind,” it’s saddening to realize that that mindset is still prevalent, even now, throughout North America.

Spielberg even manages to include a transgender character (a “tomboy” in the original), a nice modern touch, showcasing another example of what it’s like to grapple with your identity.

How is the cast?

There is really no word other than “tremendous.” As an Ansel Elgort skeptic, I was quite simply blown away by his performance as Tony in this movie. His voice is like butter, harkening back to the smooth voices of the olden days, and in some scenes, he has Marlon Brando’s swagger and presence. Big words, I know.

Rachel Zegler as Maria has a commanding screen presence, again with a strong voice. She and Elgort have a natural chemistry, and the scene at the dance where the two first encounter one another is electric.

It’s no surprise that the supporting cast is also fantastic, especially Ariana DeBose as Anita. Her voice is powerful, and she leads the rousing America number, which is a showstopper right at the centre of the film. The moment the song was over, I wanted to watch it again just to catch all the finer details of the choreography. It is jaw-dropping.

Rita Moreno, now 89, who played Anita in the original movie, plays Valentina here, a reconceived version of the Doc character, the owner of the corner store where Tony works. Moreno adds an authenticity to the film, and is a crucial part of the proceedings.

What else is different about this version?

Spielberg changed several elements of the movie — for one, making Maria 18 years old — and rearranged a few other things: there’s more of a backstory to Tony and to the Jets/Sharks rivalry, Tony and Maria go out on a proper date instead of constantly sneaking around and the “wedding vows” between the pair are tweaked.

One noticeable change is the lack of subtitles for Spanish dialogue. This was done purposefully by Spielberg to show that the two languages are created equal, a powerful statement in a divided society. (If you don’t speak Spanish, there may be some missed lines for you. But it’s OK, it doesn’t impede the movie in any way.)

For the most part, Spielberg is faithful to the original.

So what’s the bottom line?

Saturated, beautiful and heartfelt, this version of West Side Story is close to perfection, a true feat in this era of movies. Leave it up to one of the masters of our time to get the job done; at once a throwback and a look-forward, expect this movie to win big come Oscar time.

‘West Side Story’ is now playing in theatres across Canada. Please check your local listings for details.