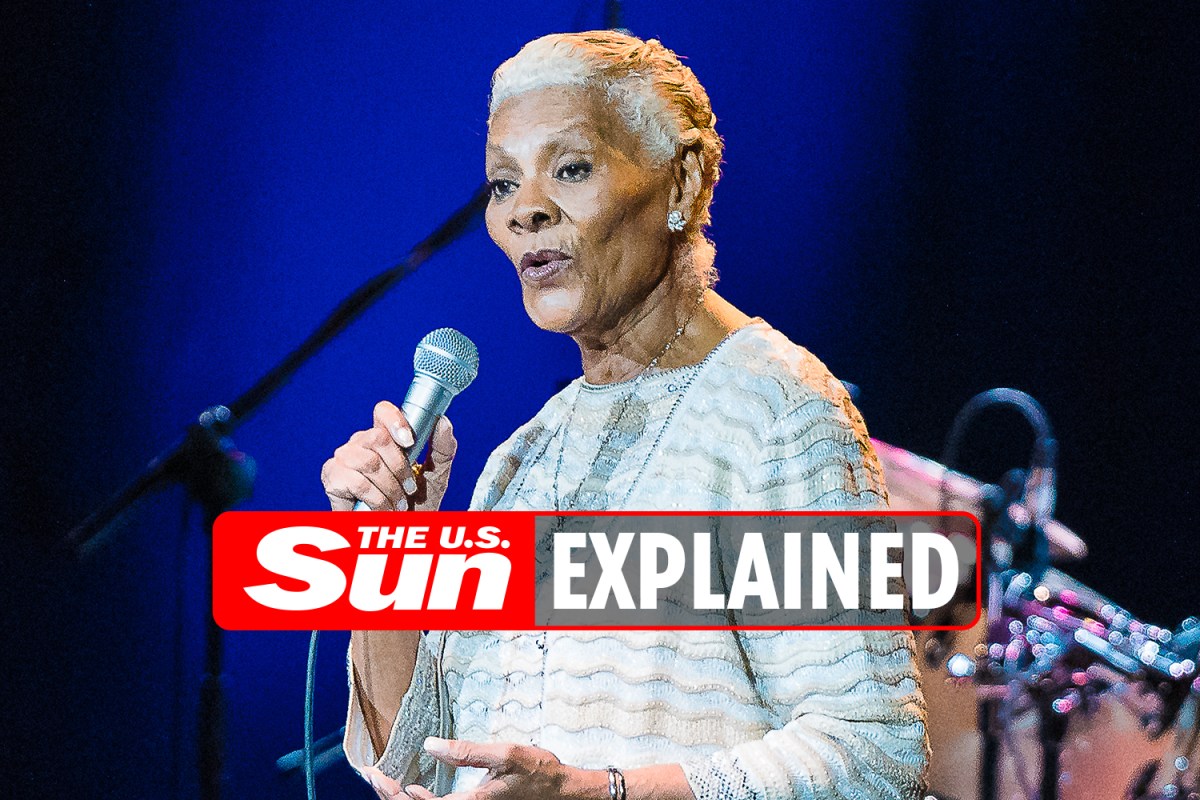 LEGENDARY actor Sidney Poitier passed away on January 6, 2022, at the age of 94.

Following his death, Dionne Warwick opened up about her feelings towards the late Hollywood star.

What did Dionne Warwick say about Sidney Poitier?

On Thursday, January 20, 2022, Dionne Warwick appeared on The Late Show with Stephen Colbert.

While talking with the talk show host, Dionne revealed how she first met Sidney.

“I was coming out of a recording studio on 54th Street, and the [music] group came around the corner,” she recalled.

“And in front of me was walking this regal, gorgeous man, and I broke rank. I left my girls and I started following him.

“I actually stopped him,” she continued.

“Right at the corner, right here, at the corner of 54th and Broadway, he stopped. And you know, there are no shops on Broadway between 54th and 53 Street, and I’m looking in the air, acting stupid.

“I actually bumped into him.

“He turned around and he says, ‘Little girl. What do you want?’ And of course, I went crazy,” said Dionne.

“My mouth didn’t work. And finally, I said, ‘Can I have your autograph?’ And from that day till the last time I saw him, which is a year or so ago, he did not greet me as, ‘Hi, Dionne.’ It was, ‘Hello little girl, would you like my autograph?'”

When the news first broke that Sidney had passed away, Dionne took to her Twitter to share the same story.

“He once caught me following him,” she wrote.

“He said ‘little girl what do you want’ I muttered ‘can I have your autograph’. From that day he always called me little girl and asked if I wanted his autograph. It was something we laughed about. He was my hero & great friend. May he RIP.”

What happened to Sidney Poitier?

Sidney Poitier died of “natural causes” on January 7, 2022, according to a statement from the press secretary for the Prime Minister of the Bahamas, Clint Watson.

Deputy Prime Minister Chester Cooper said he was: “conflicted with great sadness and a sense of celebration when I learned of the passing of Sir Sidney Poitier.”

“Sadness that he would no longer be here to tell him how much he means to us, but a celebration that he did so much to show the world that those from the humblest beginnings can change the world and that we gave him his flowers while he was with us,” Cooper told the Guardian Nassau.

Known as the first Black man to win the Academy Award for Best Leading Actor, Sidney rose to fame in the 1955 film, Blackboard Jungle.

His last film appearance was in the 2008 documentary, Mr. Warmth: The Don Rickles Project.

At the time of his death, Sidney Poitier had an estimated net worth of around $20million, according to Celebrity Net Worth.

Who is Dionne Warwick and what is her net worth?

In November of 1962, Dionne’s first solo single was released: Don’t Make Me Over.

According to Celebrity Net Worth, Dionne Warwick has an estimated net worth of around $500K.

At the age of 81, Dionne Warwick is still active in the music industry.

She was awarded the Lifetime Achievement Grammy Award by the Recording Academy in 2019.

With a total of 14 nominations, Dionne has won five Grammy Awards throughout her career.

In 2020, Dionne appeared as Mouse on the third season of The Masked Singer.

Dionne released a single with Krayzie Bone and producer Nomad, entitled Power In The Name, in January of 2022.