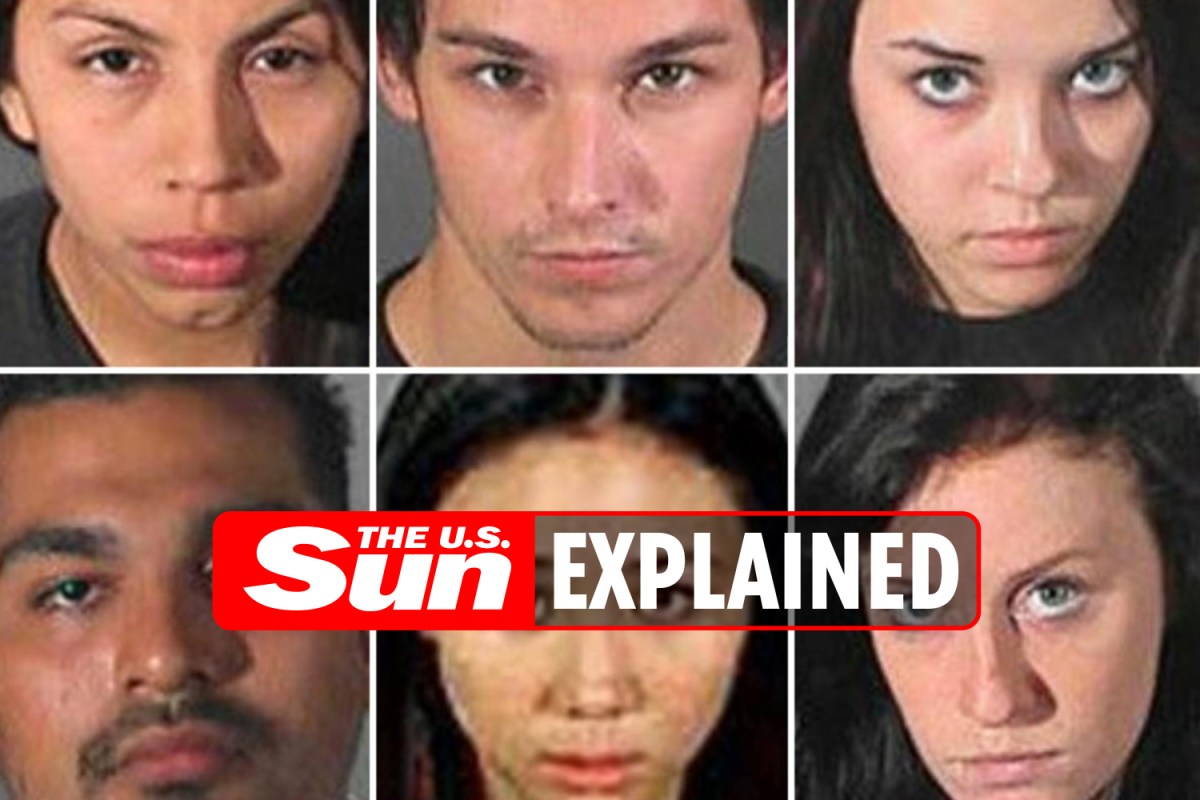 THE BLING Ring notoriously robbed a slew of A-List celebrities in 2008 and 2009, stealing nearly $3million in cash and belongings.

On Wednesday, December 22, 2021, American Greed on CNBC is running a special on The Bling Ring at 8pm ET.

What happened to the Bling Ring?

In 2010, the members of the Bling Ring were each sentenced to various punishments in response to the string of burglaries they had committed the year prior in California.

The group of then-teenagers allegedly became obsessed with the idea of stealing from celebrities, and were able to enter the homes of a multitude of big names due to lack of security and inside information.

One of their biggest hits was socialite Paris Hilton, whose house was broken into several times, with millions of dollars worth of property being taken from her.

The other victims of the Bling Ring include:

In his confession to police, Bling-member Nick Prugo mentioned other celebrities who the Bling Ring were planning on hitting, including: Miley Cyrus, Zac Efron, Hilary Duff, and Vanessa Hudgens.

Who was in the Bling Ring?

Johnny Ajar and Roy Lopez Jr. were recruited by Ames at the time, with the two attempting to sell the items she stole.

Rachel Lee was the alleged mastermind behind the string of celebrity robberies, and spent 16 months in prison following her conviction.

In 2018, she completed cosmetology school. Most recently, she is working on developing a screenplay for television.

“As a teen, I was chasing love in all the wrong places and by the time I realized it was too late and I was in prison,” Rachel said to Us Weekly.

“I truly feel prison was a blessing in disguise — the best thing that ever happened to me. It made me realize you can only trust yourself at the end of the day.”

After spending a year in prison, Nick Prugo opened up about his time with the Bling Ring on Good Morning America in 2010.

In 2015, he was charged with stalking and solicitation to commit sexual assault.

Arguably the most famous of the bunch, Alexis Neiers was on television at the time of her arrest, starring in reality show Pretty Wild with her sister.

She ended up spending over a month at the Century Regional Detention Facility in Lynwood, California, where one of the celebrities the group robbed – Lindsay Lohan – was also serving time.

Alexis married her husband, Evan Haines, in 2012. The couple has two children together, Harper and Dakota.

In 2021, it was revealed that Alexis used to babysit Doja Cat.

She also came out in 2021, letting fans know in an Instagram story she is dating a woman named Kris.

Haines and Alexis remain in a happy, open marriage.

While not much is known about Courtney Ames, she allegedly attempted to change her last name in 2016, according to TMZ.

She was sentenced to probation time and community service following her arrest with the Bling Ring.

After pleading no-contest at the time, Diana Tamayo was sentenced to probation time and community service.

She is reportedly a personal trainer now.

What is the movie The Bling Ring?

In 2013, Sofia Coppola released a satirical crime film based on the real-life Bling Ring.

The movie, named after the nickname given to those involved, featured an ensemble cast: Katie Chang, Israel Broussard, Emma Watson, Taissa Farmiga, and Claire Julien.

With a storyline alluding to the 2010 Vanity Fair article The Suspects Wore Louboutins by Nancy Jo Sales, the dramedy was met with mixed reviews.

The Bling Ring is the final work of cinematographer Harris Savides, who died of brain cancer while the film was in post-production.