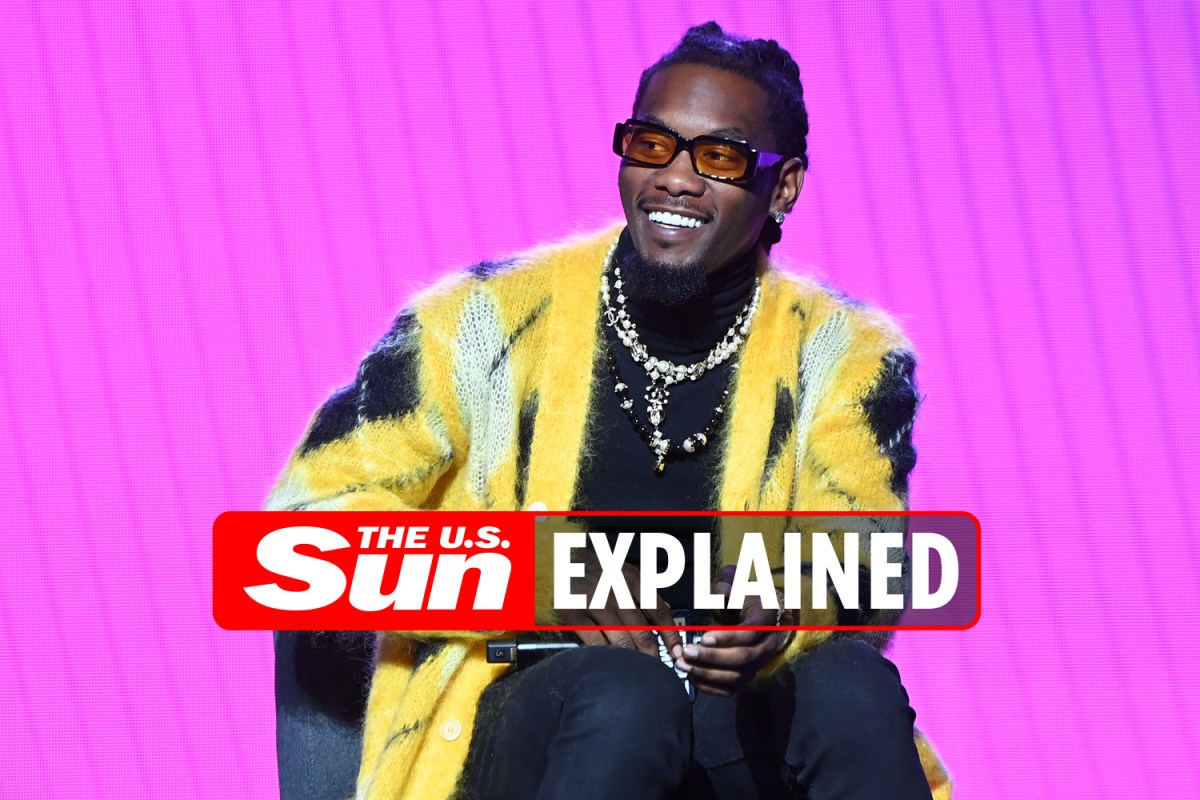 RAPPER Offset first rose to fame alongside his family in the group Migos, which debuted in 2008.

For his 30th birthday, his wife Cardi B gifted him with a multimillion dollar check.

What is Offset’s net worth?

According to Celebrity Net Worth, Offset has an estimated net worth of around $26million.

Migos first popped off in 2013 with their single Versace, followed by their debut studio album Yung Rich Nation in 2015.

Their 2017 hit Bad and Boujee quickly went viral after its release, bringing the members of Migos to even higher fame.

In February 2019, Offset released his first solo album, Father of 4.

Aside from releasing music, Offset is also known to appear in fashion campaigns for brands like Bryce Barnes and Lavati.

In 2016, the Migos appeared in an episode of television series Atlanta.

He also debuted a show on Quibi in 2020, entitled SKRRT with Offset. The show follows him around as he drives along with other celebrities in high-class cars.

What did Cardi B give Offset for his 30th birthday?

Offset turned 30 on December 14, 2021, and his wife and baby mama Cardi B gave him the ultimate present: a check for $2million.

According to TMZ, the check is “seed money” for business ventures Offset has coming up in 2022.

After Cardi B called off a divorce from Offset in 2020, the two have seemed more loved-up than ever.

For his birthday, she shared a heartwarming post to her Instagram, complete with a carousel of images of the pair together and with their children.

“I love you so much and I’m so proud of you. We have overcome so much together. I love the man that you’re becoming and I love the father that you are.

“Thank you for always being there for me, for being a great confidant and advisor and for never allowing me to sell myself short ❤️,” she continued.

“I’m so lucky to have you as a partner raising our beautiful kids. You have soo many projects and businesses that you are managing and leading yet you have helped me so much in this journey wit our two babies.

“May life keep blessing you and you continue to thrive. I’m so excited for the world to see what you got coming 🔥. I love you!!”

Cardi B filed for divorce from Offset in September of 2020, amid cheating rumors.

Two months later, however, Cardi called off the divorce.

The two have remained together, giving birth to their second child in September of 2021.

How long have Cardi B and Offset been together?

The two met at an “industry event” in 2016, according to Harper’s Bazaar.

“He was very consistent. He really wanted to talk to me,” Cardi told the outlet at the time.

Beginning to date in January 2017, the couple tied the knot in secret a few months later in September.

The following year, their first child, Kulture Kiari was born on July 10, 2018.

Cardi B is reportedly worth around $40million, according to Celebrity Net Worth.