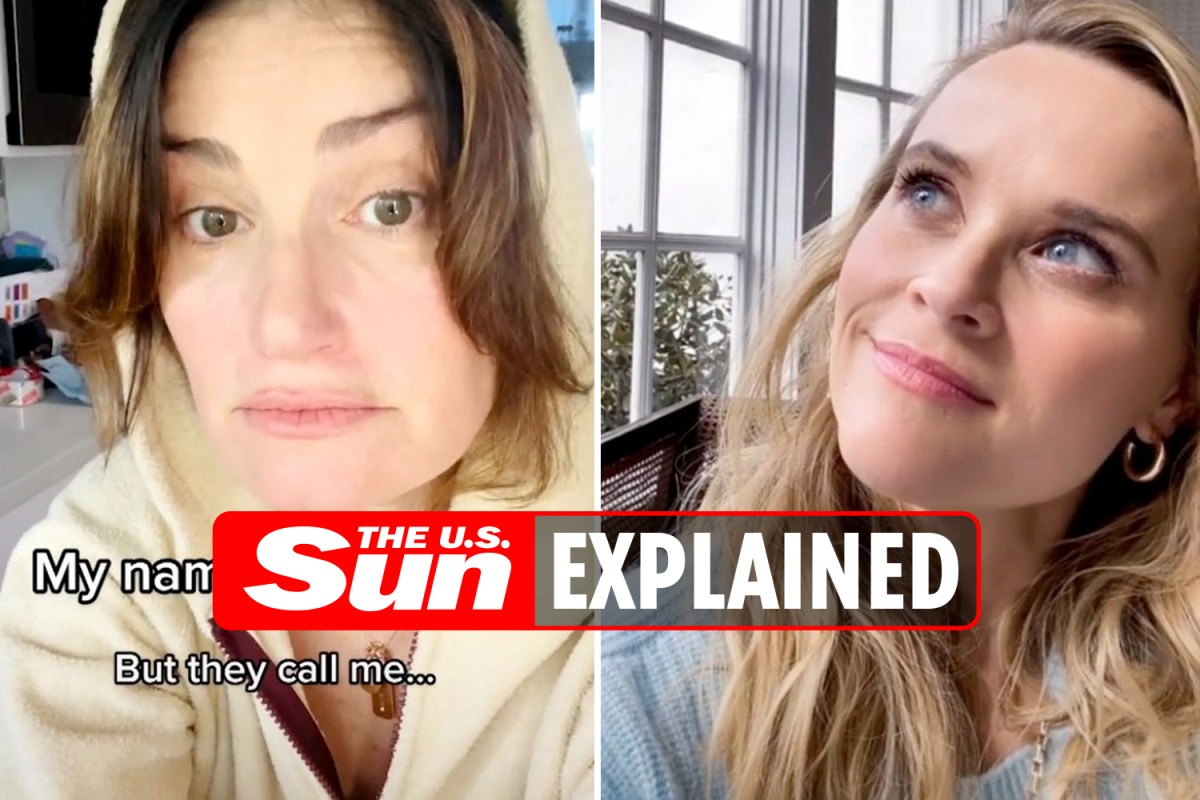 THE That’s Not My Name challenge is taking over TikTok in the best way possible: by celebrities.

Many household names have taken to the social media platform to share their own version of the challenge with fans.

What is the That’s Not My Name TikTok challenge?

During the month of January, actors have taken to TikTok to show off roles they’ve played throughout their careers in a creative way.

To the tune of 2008’s That’s Not My Name by Ting Tings, celebrities give their followers snapshots of as many movie, television, or theater roles as they can fit into a video.

The trend seemingly started with users applying the song to their pets or to themselves and switching between the nicknames they use to address whoever they feature in their video.

Eventually, it seemed to catch the attention of a number of well-known celebrities who wanted to jump on the challenge.

What celebrities have done the TikTok challenge?

Among the actors who have done the challenge are Reese Witherspoon, The Good Witch’s Bailee Madison, Drew Berrymore, Jennifer Garner, Tara Strong, Victoria Justice, and Kerry Washington – just to name a few.

Most recently, singer and actress Idina Menzel participated in the challenge as well and showed how she could not Let Go of the name Adele Dazeem, given to her by John Travolta in 2014.

Menzel cycles between video snippets from her most famous movie roles in her take on the TikTok challenge.

The video begins with a shot of Idina’s face and the words: “My name is Idina… but they call me,” before pivoting to quick cuts of her roles as Elphaba in Wicked, Maureen in Rent, Shelby Corcoran in Glee, Nancy in Enchanted, Elsa in Frozen, Vivian in the Camila Cabello Cinderella reboot, and Dinah in Adam Sandler’s Uncut Gems.

Finally, an image of Travolta from that fateful night, surrounded by a series of question marks.

Menzel sang her Frozen song Let It Go at the Oscars in 2014, and when the mispronunciation became an immediate global meme, the actor released an apology through his publicist, apologizing profusely.

Who sings That’s Not My Name?

The singers of the trending song are the pop duo The Ting Tings, a Salford, Greater Manchester-based indie-pop duo that was established in 2007.

Katie White and Jules De Martino make up the band.

We Started Nothing, the duo’s debut studio album, was released by Columbia Records in 2008 to excellent reviews and economic success, reaching number one on the UK Albums Chart and number 78 on the US Billboard 200.

It yielded four songs, including That’s Not My Name, which reached number 39 on the US Billboard Hot 100 and topped the UK Singles Chart in May 2008; and Shut Up and Let Me Go, which garnered them an MTV Video Music Award.

In 2010, they were nominated for two Brit Awards, including British Album of the Year and the Grammy Award for Best New Artist.