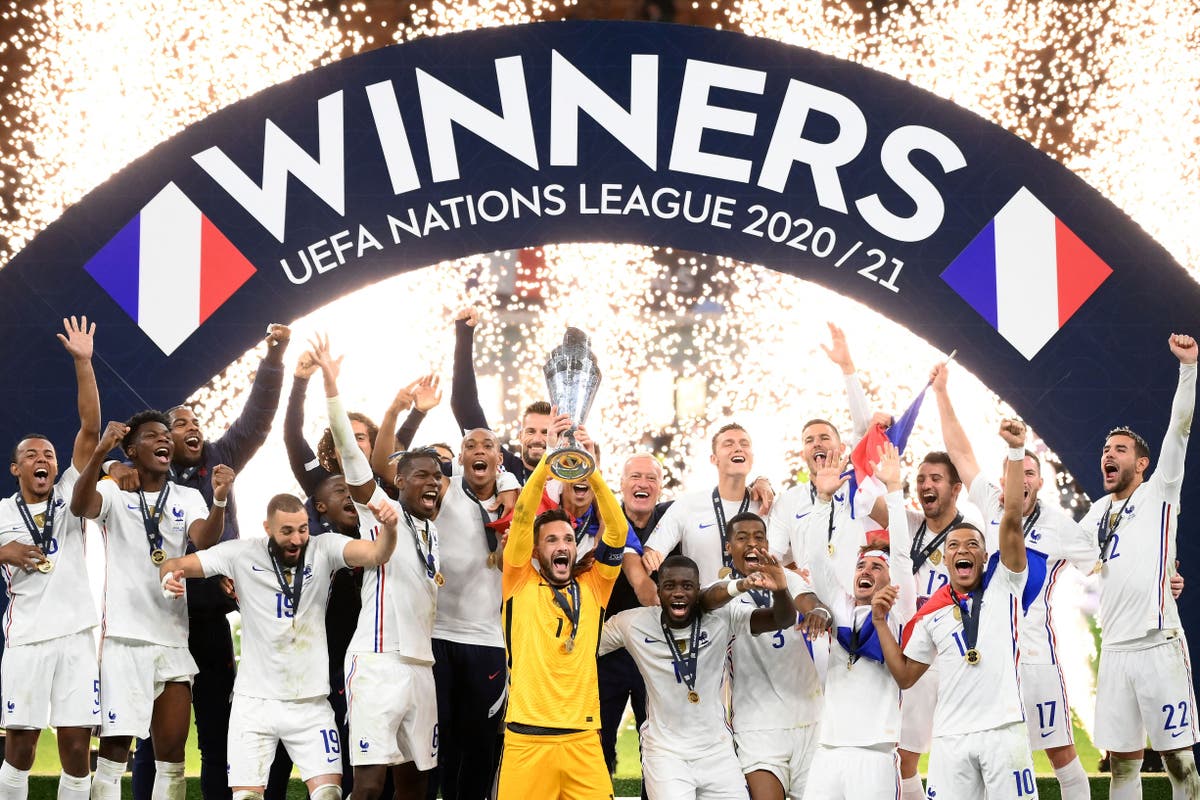 France were crowned champions of the second instalment of Nations League when Kylian Mbappe scored the winner as they beat Spain at the San Siro in October.

The draw takes place at UEFA’s headquarters in Nyon.

How does the draw work?

There are 55 teams split into four leagues, with 16 teams in Leagues A, B and C and seven in League D.

Teams are sorted into four pots (two for League D), with all of these places determined by the Uefa National-Team Coefficient Rankings.

Each team will play four group games. The four group winners from League A (the top division) will play in the finals.

The teams who win each group in the lower three divisions win promotion, with most of the teams who finish bottom getting relegated.

*Kazakhstan play Moldova and Cyprus play Estonia in March 2022 play-offs. The winners will be in League C and the losers in League D.

Who could England face?

England will end up in a group with France, Spain, Italy or Belgium from, and Portugal, the Netherlands, Denmark or Germany, and Wales, Austria, Czech Republic or Hungary.

When are the matches played?