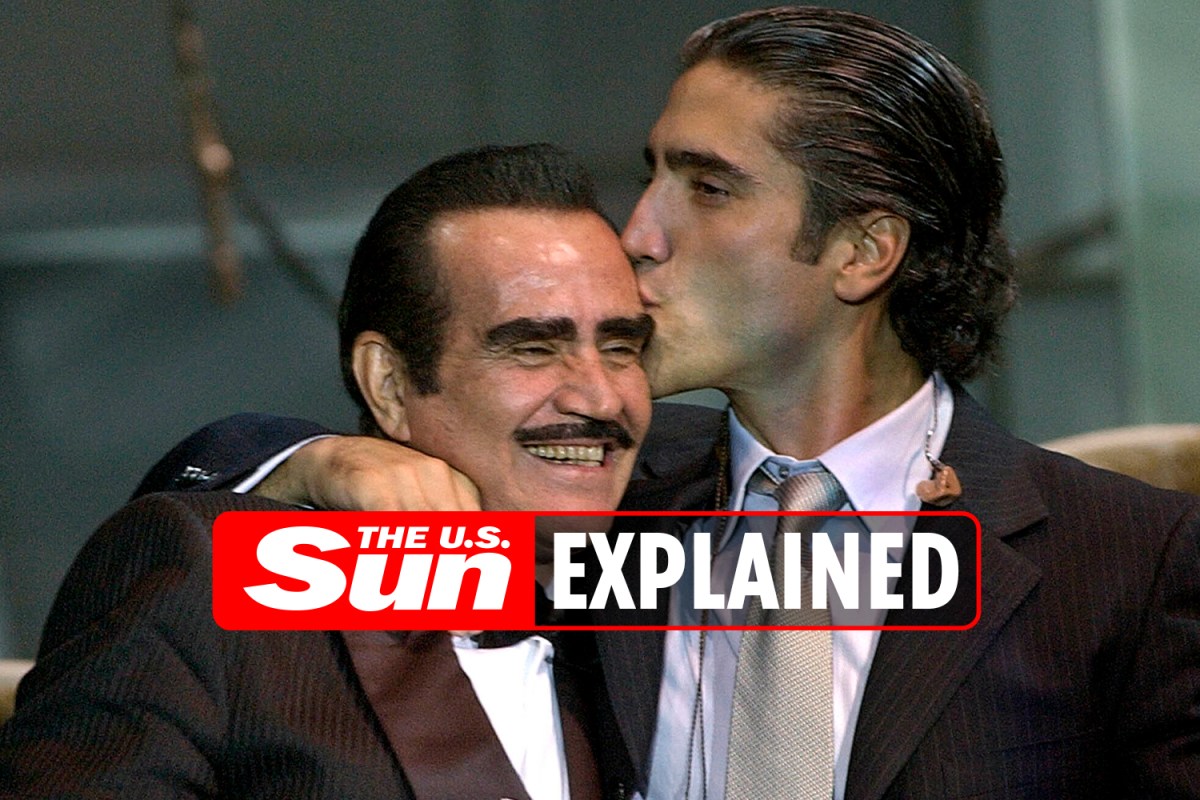 THE “King of Rancheras” Vicente Fernandez passed away on Sunday, December 12, 2021.

He was 81 years old, and the father of four adult children: Vicente Jr., Alejandro, Gerardo, and Alejandra.

Who is Alejandro Fernandez?

Born on April 24, 1971, Alejandro Fernandez is a singer just like his father Vicente was.

Hailing from Guadalajara, Mexico, Alejandro made his first public appearance during one of his father’s shows in 1976.

In December of 1992, Alejandro released his self-titled debut album. It was nominated for Regional Mexican Album of the Year at the Lo Nuestro Awards of 1993.

His fans have nicknamed him El Potrillo, which stands for “the colt.”

He has won two Latin Grammy Awards and has a star on the Hollywood Walk of Fame in Los Angeles.

With 16 studio albums and a multitude of live albums, Alejandro has sold over 30million records worldwide.

What is Alejandro Fernandez’s net worth?

According to Celebrity Net Worth, Alejandro has an estimated net worth of around $20million.

Aside from music, Alejandro has also appeared in multiple films.

In 2006, he appeared in the film adaptation of Gold on Eagle Street.

In 1991, Alejandro appeared in the Mexican drama Ma Querido Viejo.

Vicente was estimated to have a similar net worth, with the outlet putting him at $25million.

Alejandro married America Guinart in 1992, and the pair went on to have three children together: Alejandro Jr., Camila, and America.

After the couple divorced in 1998, Alejandro went on to have two more children with Colombian model Ximena Diaz: Emiliano and Valentina.

What was Vicente Fernandez’s cause of death?

Vicente was diagnosed with Guillain-Barre syndrome in August of 2021, after falling off of a horse at his ranch in Guadalajara.

Following the fall, Vicente spent time in-and-out of the hospital.

He passed away on the morning of December 12, 2021, due to complications with his injuries and disease.

Guillain-Barre syndrome is an autoimmune disorder where a person’s nerves are damaged by their own immune system.

In 2012, Vicente reportedly underwent surgery to remove almost half of his liver due to a tumor.

He also faced pulmonary thrombosis and had three hernias removed.