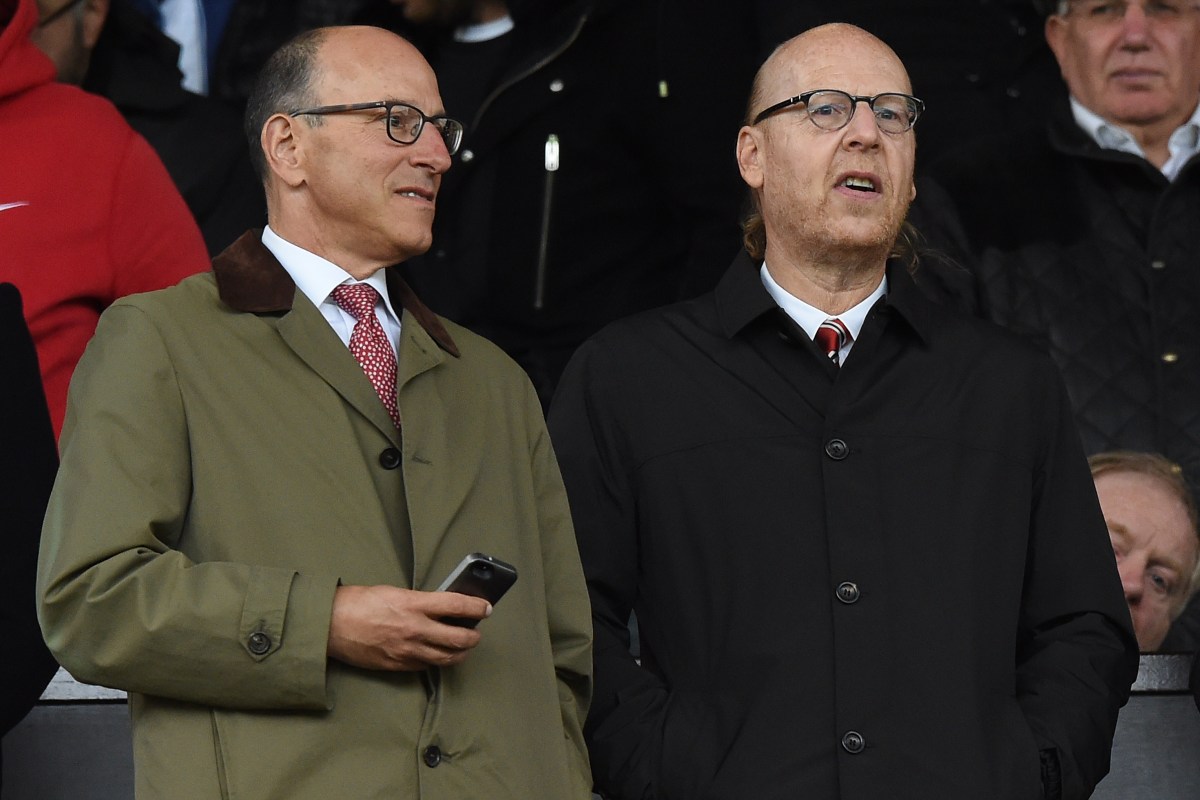 Ole Gunnar Solskjaer has revealed that he is yet to hear from the Glazer family following Manchester United’s embarrassing 5-0 defeat to Liverpool.

The Norwegian’s future is under the spotlight once again after his side suffered their heaviest ever defeat to their arch-rivals at Old Trafford.

However, Solskjaer revealed in his post-match interview that he has not heard from the unpopular United owners as he clings onto his job.

“I’ve heard nothing else and I’m still thinking about tomorrow’s work,” said the Red Devils boss.

“We are all low. I can’t say I have felt worse than this. I accept the responsibility. That is mine today and mine going forwards.”

So will Solskjaer sit down with his bosses soon and who exactly is calling the shots at Old Trafford?

Who are the Glazer family?

The Glazer family controversially bought the Red Devils in 2005 for £790million and were the subject of protests from fans after they saddled the club with debt.

American tycoon Malcolm Glazer passed away in 2014 and left his sons Joel and Avram in charge as co-chairmen of United.

The pair will be then ones tasked with relieving Solskjaer of his duties should they choose to do so.

The 61-year-old is also co-owner of NFL side, Tampa Bay Buccaneers alongside the rest of his siblings, however he is not listed as a chairman.

Joel, meanwhile, has a much more active role with the Bucs, as he oversees the day-to-day operations of the franchise.

The 54-year-old is thought to be more of a central figure head at United as well, having written an open letter to the club’s fans following their involvement with the European Super League back in April.

Who is Ed Woodward?

United’s executive vice-chairman is in the last few months of his tenure, having announced his resignation from his post in the fallout from the ESL.

Woodward is still in charge after it was revealed he will vacate the top operational role in the Old Trafford boardroom at the end of 2021.

Woodward’s association with the Red Devils began in 2005 when he acted as an adviser to help the Glazers buy the club.

But he drew criticism from managers and fans alike for a perceived failure to improve the squad during the post-Sir Alex Ferguson era.

The Red Devils have failed to win the title since Woodward assumed all responsibilities for football operations from David Gill in 2013.

He has also sacked three managers since taking over the role, the first of which was Ferguson’s successor David Moyes.

How was Moyes sacked?

In an extract from Patrice Evra’s book, via the Times, Woodward summoned United’s senior players to his office after a 2-0 loss to Everton in 2014.

The Frenchman wrote: “The senior players — myself, Vida, Wayne, Giggsy, Rio and Michael Carrick — were summoned to Ed Woodward’s office. I think David knew what was happening. Ed spoke to us players separately.

“I was the last to go in. “Is David Moyes still the man to lead this team?” he asked.

“The players are the first people who are responsible,” I replied. “We are to blame more than the manager, but the dressing room is not a happy place.” “I know,” said Ed. “Thank you for your honesty. We will see what decision we take.”

“I knew then that Woodward had lost faith in David, and was not surprised at all when he was sacked. I went to see my manager — I don’t know of any other player who did — as he packed up his stuff to leave his office.

“He was frustrated and angry not just at how things had worked out at United, but that he’d found out he was losing his job from the media, not from the man who had employed him.”

Who is Richard Arnold?

The 50-year-old is United’s managing director and is a close friend of Woodward – with the pair having met at the University of Bristol.

An accountant by trade, Arnold is chiefly responsible for a number of club partnerships including this season’s shirt sponsors TeamViewer.

He is also a central figure on United conference calls charting everything from the Red Devils business endeavours to social media engagement.

He joined the club in 2007, working as commercial director and has been tipped to replace Woodward as executive vice-chairman.

What has been said?

Woodward spoke earlier this year of his belief in Solskjaer and his direction.

He said: “We have invested more than £1bn in the squad during my time here and I am particularly delighted with the progress the players have made under the astute leadership of Ole Gunnar Solskjaer and his coaching team in the last two years.

“I am sure that with the changes we have made on-field and to the coaching and football staff in recent years this great club will soon be lifting silverware again. It deserves to.

“I desperately wanted the club to win the Premier League during my tenure and I am certain the foundations are in place for us to win it back for our passionate fans.”

Who could replace Solskjaer?

talkSPORT understands Antonio Conte has been sounded out about taking charge of Manchester if they part company with Solskjaer.

The United board are taking stock before deciding on their next move following Sunday’s humiliating 5-0 defeat at home to arch rivals Liverpool.

Former Chelsea boss Conte is believed to be keen on a return to English football at Old Trafford.

United’s other managerial target Zinedine Zidane, however, is not interested in the job, according to multiple reports.

The Real Madrid legend is taking a break from management having left the LaLiga club in the summer after two spells in charge at the Bernabeu.

ESPN claim the job at Old Trafford is not one he would be interested in, despite being perennially linked as a potential future boss.