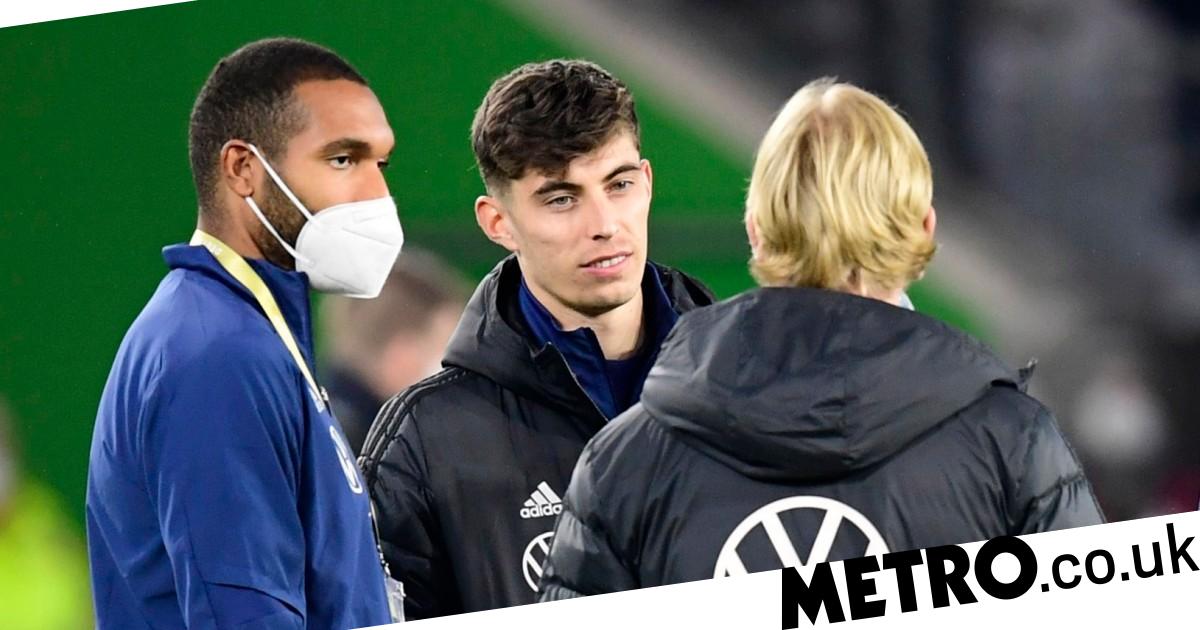 Chelsea star Kai Havertz was forced to miss Germany’s thumping 9-0 win over Liechtenstein on Thursday evening after sitting out training with a minor knock.

The midfielder played 90 minutes in Saturday’s 1-1 draw against Burnley last time out, netting the opening goal of the match in the first half, but was on the receiving end of some uncompromising defending from the Clarets’ defence.

He has been unable to take part in training with the German national team as a result, having suffered a thigh contusion – or dead leg – and therefore had to sit out Thursday’s rout.

Havertz did attend the match, albeit as a spectator at Wolfsburg’s Volkswagen Arena, and there is an expectation that he will return to training on Friday.

The 22-year-old has not been released from Germany’s squad despite the side having already wrapped up World Cup qualification and he is in contention to play in Sunday’s final group match away to Armenia.

Havertz’s injury is not serious, but Hansi Flick felt no need to risk him given Germany’s safe passage to Qatar and the level of opposition they faced on Thursday night.

Teammate Antonio Rudiger had struggled with a back problem during the last international break but had no such issues against Liechtenstein, starting in the 9-0 win.

That match was Flick’s sixth straight victory since taking over the German national team – with Leroy Sane and Thomas Muller both netting braces – which eclipses the record previously held by Joachim Low, who was given a farewell at the Volkswagen Arena.

Elsewhere, Cesar Azpilicueta was a late substitute as Spain picked up a crucial 1-0 win over Greece and they will now face Sweden on Sunday in a winner-takes-all fixture to decide who tops the group and qualifies for Qatar 2022.

Edouard Mendy was also in action for Senegal, conceding an own goal in a 1-1 draw, while loanee Conor Gallagher gave another stellar display for England’s Under-21s against the Czech Republic at Turf Moor.