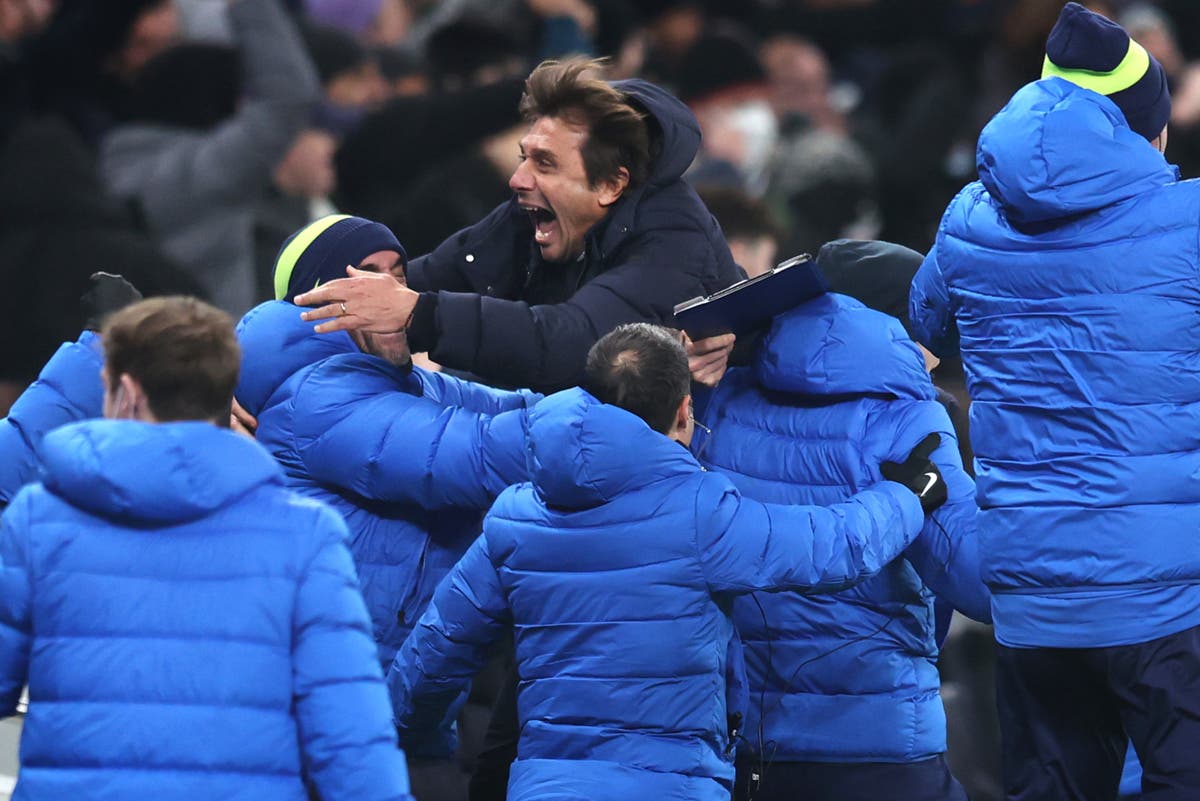 ottenham have been thrown out of the Europa Conference League by UEFA but rarely can an English club crashing out of Europe have felt so overwhelmingly positive.

The club reluctantly accepted the ruling but said they were “disappointed” at UEFA’s “refusal to allow more time for the match to be rescheduled” beyond the December 31 deadline. Spurs may be publicly expressing disappointment, but the decision is surely an enormous blessing for the club.

From the two-legged qualifier against little-known Portuguese minnows Pacos de Ferreira to last month’s miserable defeat to NS Mura, the lowest-ranked side in European football this season, the competition has offered nothing but a string of low-jeopardy, mildly embarrassing outings for Spurs.

The competition divided the squad under Nuno Espirito Santo and stretched it under Conte, with few obvious benefits.

Going forward, no European football in the second half of the season will massively reduce strain on Conte’s squad and lead to more time on the training ground for the head coach to improve his players.

The Italian is one of the game’s foremost training ground coaches and he has already delivered a marked uplift in the side and a number of individual players, some of whom seemed beyond hope less than two months ago.

A lighter schedule will also leave Spurs with free midweeks to reschedule their three games in hand, avoiding a potential fixture pile-up that might have derailed their season.

Spurs had clear financial incentives for wanting to progress to the knockouts, with each European fixture bringing TV money and, those at home, precious match-day revenue, too.

But these benefits would obviously be off-set by finishing in the top four and returning to the Champions League this season, a prospect which feels far more likely without the slog of European football.

The sporting incentives also feel negligible. Yes, the Europa Conference League offered Spurs a realistic chance to end their 14-year wait for a trophy in May, with the Londoners among the clear favourites to win the competition.

But UEFA’s new tertiary competition carries little prestige and it’s questionable if winning it would really be that significant or help to turn Conte’s challengers into winners.

Again, surely better to focus on returning to the Champions League after a two-year absence, a step which would accelerate Conte’s rebuilding project, allowing for a larger budget and helping Spurs to attract better players.

In the end, everything about the Conference League felt mildly humiliating for Spurs and you can even imagine Harry Kane and Conte might have felt a little sheepish about holding the trophy aloft in Tirana.

At least with Monday’s decision, Spurs crash out of Europe through no fault of their own and not with a burning sense of humiliation, as was the case last season, but with a righteous feeling of injustice.