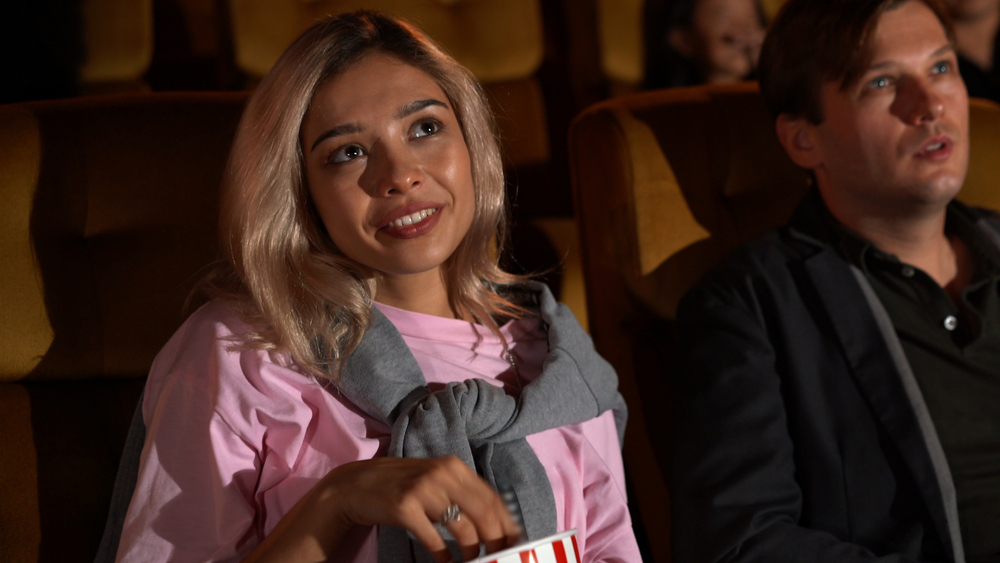 CALLING it a pointless energy sapping exercise, local movie goer Elaine McLafflin has abandoned all hope of trying to make sense of the movie she’s currently in the cinema watching.

“It’s not a total waste of time, I’ve popcorn, I’m in a comfy chair, there’s some attractive people on the screen but fuck me if this makes less sense than a fart powered battery,” McLafflin shared with WWN, while being shushed by some prick in the row behind.

A common occurrence for movie goers, McLafflin stands apart as one of the few people secure enough in herself to admit when a movie’s plot is hard to follow, if it’s there at all, freeing herself completely from wasting brain cells saying ‘I found it quite redolent of French new wave’.

There has been a slight increase in people openly admitting to not having ‘a fucking clue’ as to what’s going on in a movie despite watching it with their own eyes, with the small rise in honesty linked to having seen Tenet, Dune, Matrix Resurrections and Mamma Mia! Here We Go Again.

We appreciate all the help we can get, become a WWN Patreon Supporter below and gain access to bonus content.