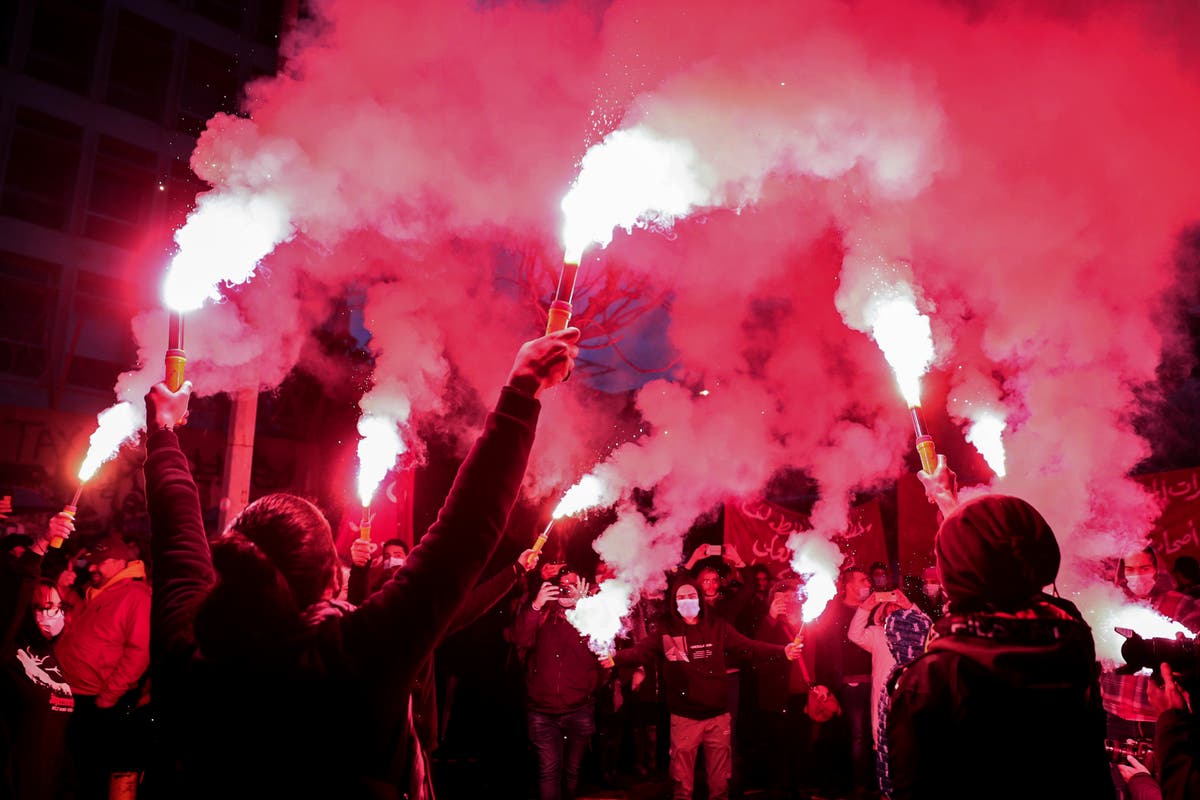 The World Bank accused Lebanon’s political class of orchestrating the country’s economic collapse, warning in a report released Tuesday that the meltdown is a long-term threat to the small Mideast nation.

The World Bank’s Lebanon Economic Monitor showed the country’s gross domestic product plummeted from close to $52 billion in 2019 to a projected $21.8 billion in 2021, marking a more than 58% contraction. That’s the biggest contraction of the 193 countries listed by the publication.

“Lebanon’s deliberate depression is orchestrated by the country’s elite” that has long controlled the country, said the report, titled, “The Great Denial.”

The meltdown began in October 2019 and has thrown more than 75% of the country’s population into poverty. The same political class blamed for the decades of corruption and mismanagement leading up the crisis has done almost nothing to help Lebanon climb out of the crisis.

The Lebanese pound has lost more than 90% of its value and the there are several exchange rates, reflecting the severity of the crisis. Banks have imposed informal capital controls, depriving people of access to their savings.

Despite spending billions of dollars on infrastructure projects since the civil war ended in 1990, electricity cuts out for 22 hours a day, tap water is largely undrinkable, roads are riddled with holes, trash piles on the streets while the sewage system floods whenever there is heavy rain.

The report, which analyzes the end of 2021, estimates a decline of the GDP by 10.5% percent for that year. That comes after a 21.4% contraction in 2020. It lined up with earlier reports that said the crisis is one of the world’s most severe economic collapses in modern times.

The report said government revenues are estimated to almost halve in 2021 to reach 6.6% of GDP, marking the third-lowest ratio globally after Somalia and Yemen. The gross debt is estimated to reach 183% of GDP in 2021, taking Lebanon to the fourth highest ratio in the world behind Japan, Sudan and Greece.

“Deliberate denial during deliberate depression is creating long-lasting scars on the economy and society,” said Saroj Kumar Jha, the World Bank’s regional director. “Over two years into the financial crisis, Lebanon has yet to identify, least of all embark upon, a credible path toward economic and financial recovery.”

Jha added that the Lebanese government urgently needs to move forward with the adoption of a credible, comprehensive and equitable macro-financial stabilization and recovery plan and accelerate its implementation if it is to avoid a complete destruction of its social and economic networks and immediately stop irreversible loss of human capital.

The report came a day after Beirut resumed its talks with the International Monetary Fund after the Cabinet held its first meeting in three months. The talks began last year and broke off without a breakthrough amid political bickering by rival groups.