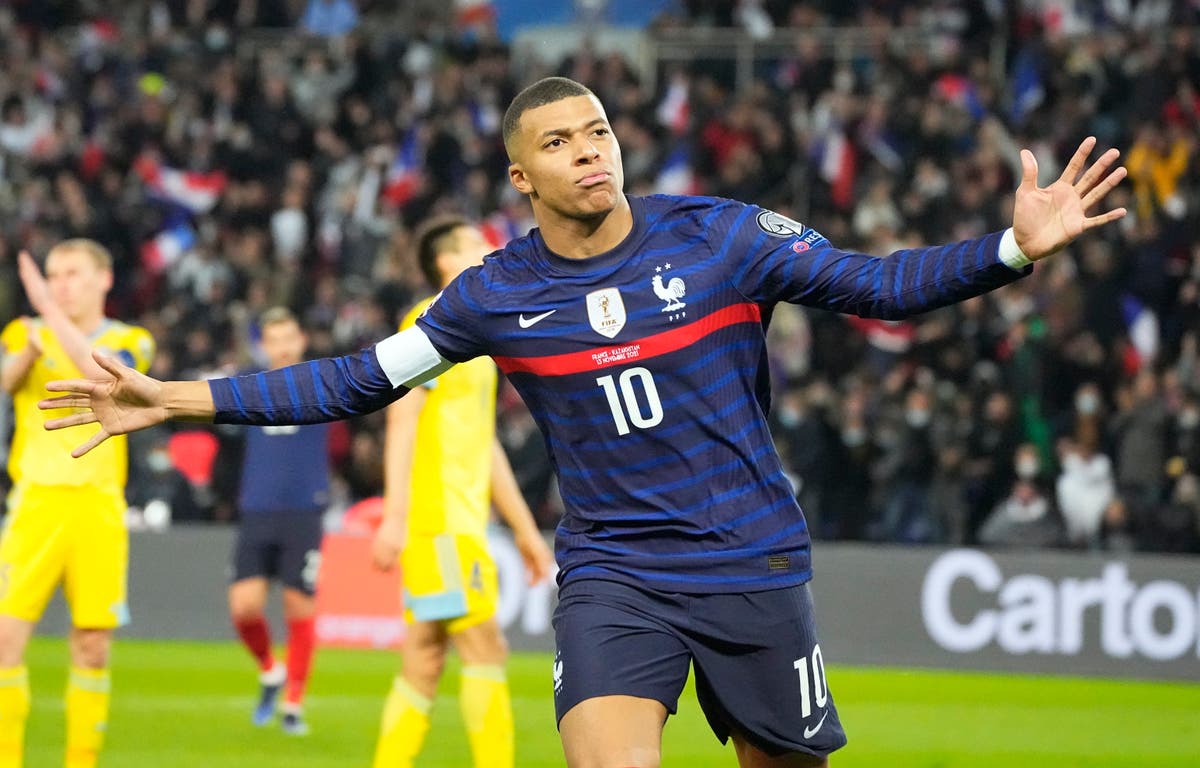 rance officially booked their place at Qatar 2022 as group winners, after they demolished Kazakhstan 8-0.

Kylian Mbappe scored his first international hat-trick, doing so in little over half an hour, and then added his fourth late in the match.

Elsewhere, Wales cruised past Bulgaria with a comfortable 5-1 victory on Gareth Bale’s 100th appearance for his country.

Aaron Ramsey scored twice at the Cardiff City stadium, while Bale set up Neco Williams to get on the scoresheet.

Ben Davies scored his first international goal, and Connor Roberts added a fifth for Wales as they turned on the style.

As winners of their Nations League group last year, Wales already have a place in the World Cup play-offs, but need to finish second in Group E or they will face an away tie.

Their final match of the group is at home to Belgium on Tuesday, and a point would be enough to secure second place.

Roberto Martinez’s Belgium are already confirmed as group winners and are through to the World Cup, as they eased past Estonia 3-1.

Christian Benteke, Yannick Carrasco, and Thorgan Hazard were the scorers on a comfortable night.

The Netherlands were two goals up over Montenegro with eight minutes to play, but fell to a 2-2 draw as they missed the chance to seal qualification.

They still top Group G, but only by two points over both Turkey and Norway.

Norway travel to Rotterdam on Tuesday, in what should be a thrilling showdown between the two sides.