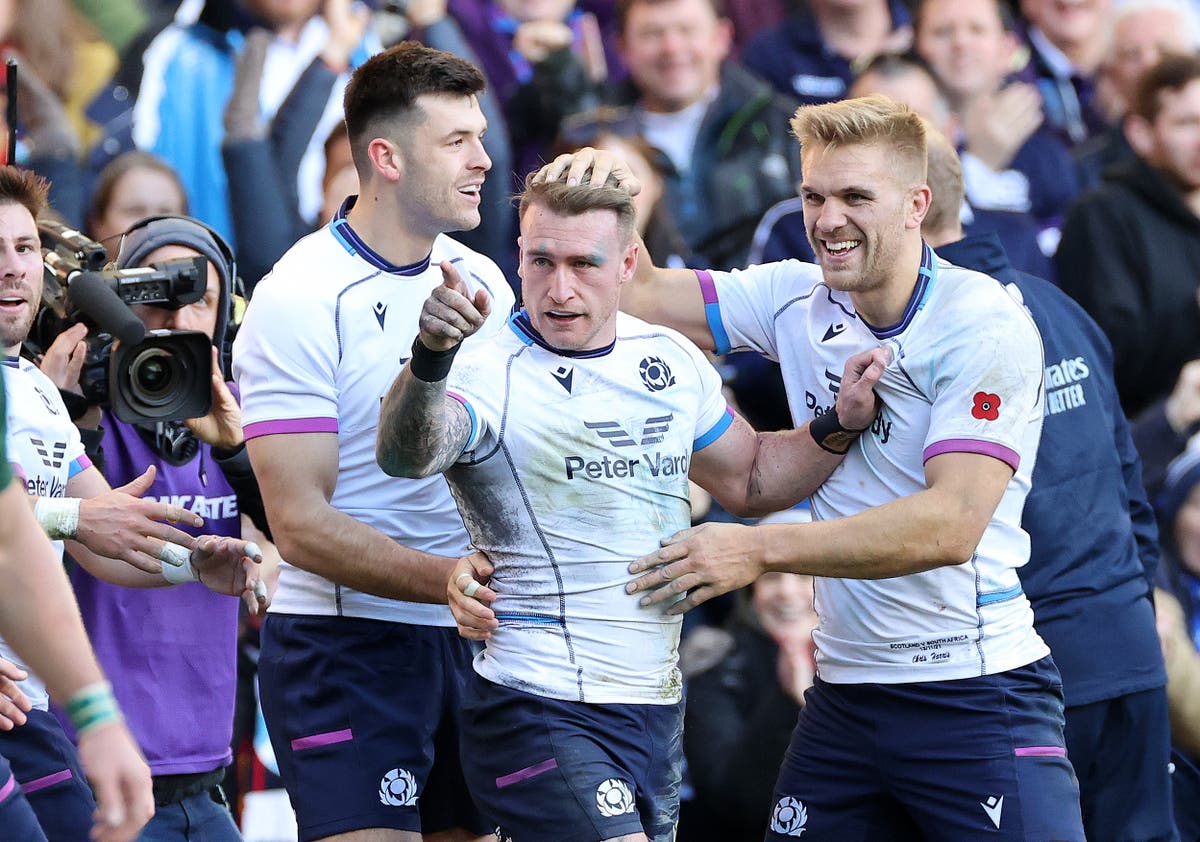 Scotland host Japan in their fourth and final Test of the Autumn Nations Series on Saturday.

Here, the PA news agency looks at the talking points ahead of the game at Murrayfield.

This is the first meeting between the teams since Scotland were eliminated from the World Cup after a surprise 28-21 group-stage defeat by Japan in Tokyo. Japan had home advantage that day and were driven by national pride and emotion following a typhoon on the eve of the match that killed 98 people and had placed the game in doubt. Although the stakes are not as high this weekend, the Scots involved in that chastening defeat will be steeled to ensure there is no repeat at Murrayfield.

As a result of Covid-related disruption, Japan have played only five matches since the World Cup in their homeland ended more than two years ago. All of those outings have come within the last five months, with the first of them at Murrayfield in June, when they were defeated 28-10 by the British & Irish Lions. Since then, they have lost to Ireland in Dublin twice – most recently when they were thrashed 60-5 earlier this month – and been beaten 32-23 at home to Australia before a morale-boosting 38-25 win over Portugal in Coimbra, their first victory since defeating the Scots at the World Cup.

It has been a largely progressive year for Scotland, with five wins from their eight matches, including notable triumphs over England, France and Australia. Their only defeats have come against Wales and Ireland, which were both by narrow scorelines, and world champions South Africa last weekend. A win over Japan – achieved ideally with a bit of style – will make it six victories from nine for the calendar year and ensure Scotland can go into the Six Nations next year feeling extremely good about themselves.

The Japan match is a huge one for Bath back-row Josh Bayliss as he makes his first Scotland start at No.8. The 24-year-old was given his debut as a late replacement against Australia earlier this month – as the least-experienced member of the starting XV – and it will be intriguing to see if he can throw his hat into the ring for more prominent involvement in the new year.

This weekend’s match is Scotland’s final one before the Six Nations begins with a mouthwatering home game against England in a little over two months’ time. The team that takes to the field against Japan is unlikely to be identical to that which starts the Calcutta Cup showdown. Nonetheless, it represents the final chance for head coach Gregor Townsend to learn new things about how various players cope in the international Test arena.