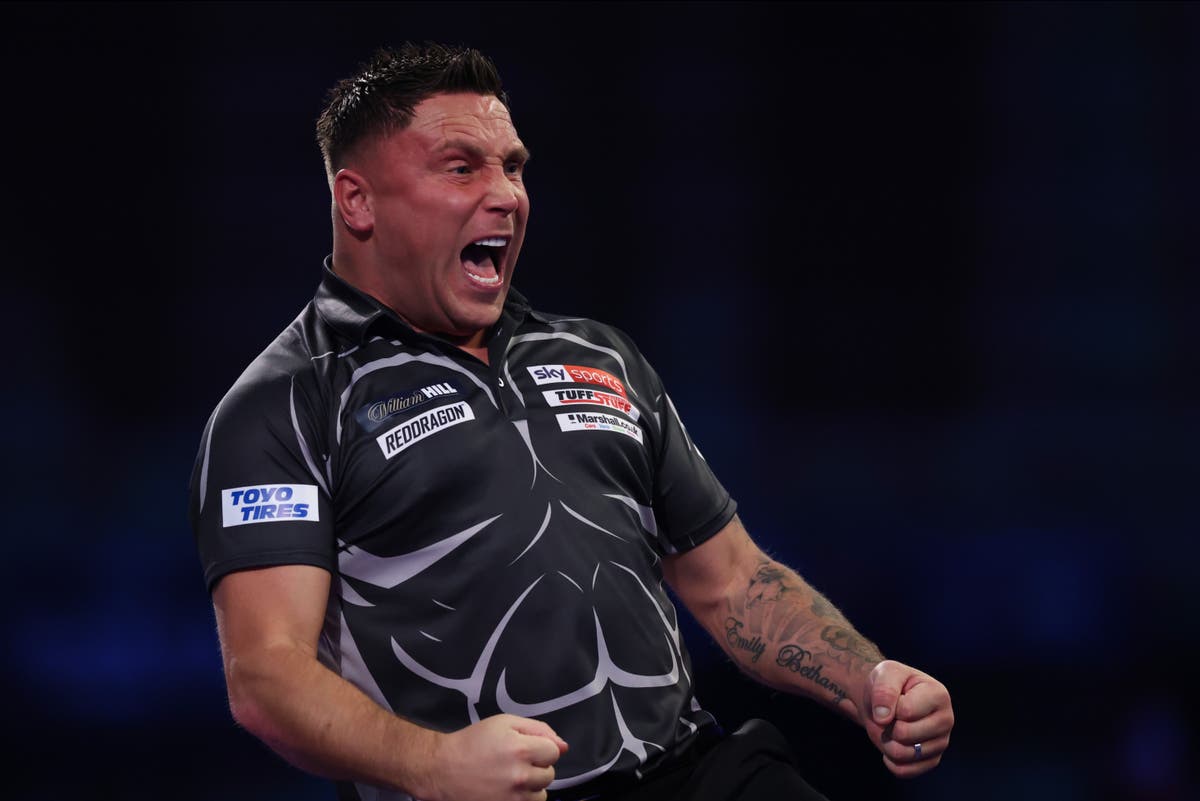 The Welshman had to overcome a slow start and a crowd that were on his back throughout, and he would have been relieved to come through the test. He can now enjoy his Christmas knowing he will return to the Alexandra Palace for the third round at the end of December.

One potential opponent in that match is Fallon Sherrock, who gets her tournament underway on Saturday against Steve Beaton.

Price lost the first set 3-0 as he struggled to get going, and found himself 2-0 down in the third set and potentially in real trouble. But the 36-year-old found a timely 130 checkout before cruising through the rest of the match.

On the crowd once again booing him throughout, Price said: “They are definitely back. I hope these [Covid restriction] rules change over the next couple of weeks and I can go win this again.

“It was good today and as long as the other player is still in the game, that is the way the crowd is going to be.

“I need to be more clinical, ruthless and take my chances, just shut them out of the game.”

Earlier in the night, two-time world champion Adrian Lewis set up a second-round clash with 2015 and 2016 winner Gary Anderson.

Jackpot beat Canadian Matt Campbell 3-1, and will face Anderson on Thursday night in what will be a repeat of the 2011 and 2016 final.

In the other matches on the opening night of the tournament, Ricky Evans cruised past Nitin Kumar 3-0 and Edhouse beat Peter Hudson 3-2 to set up his match with Price.