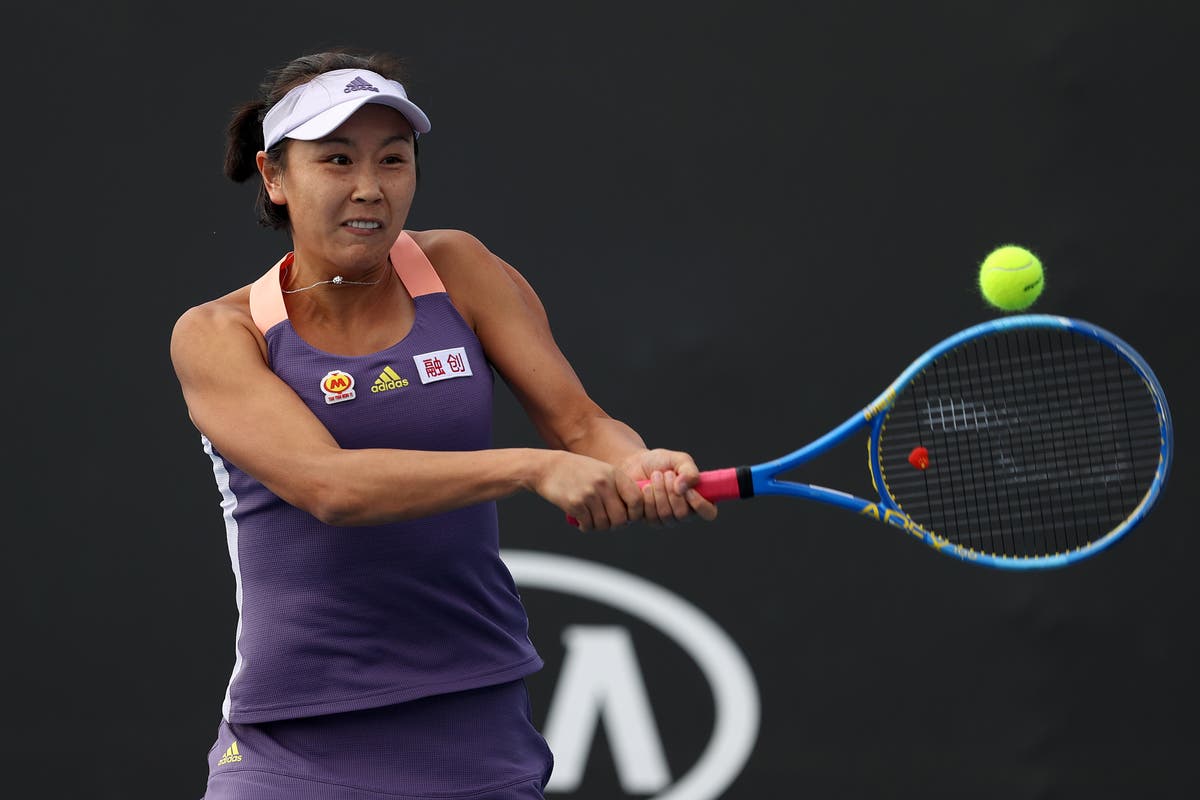 oubt has been cast over a statement by Chinese tennis player Peng Shuai withdrawing her accusation of sexual assault against a politician.

The former Grand Slam doubles champion had claimed that China’s former vice premier Zhang Gaoli had coerced her into a sexual act, before they began a consensual on-off relationship. She has not been seen publicly since and the social media post was deleted within half an hour.

The allegations were withdrew via an email to the Women’s Tennis Association, which has now raised doubts over the legitimacy of the statement – released by a Chinese state media outlet.

On Twitter on Wednesday, the state-affiliated CGTN outlet released what it said was an email Peng had sent to WTA chairman Steve Simon, who is also its CEO, in which she said the allegation of assault was untrue. Twitter is blocked in China.

“The statement released today by Chinese state media concerning Peng Shuai only raises my concerns as to her safety and whereabouts,” Simon said in a written statement. “I have a hard time believing that Peng Shuai actually wrote the email we received or believes what is being attributed to her.”

China’s State Council Information Office and the Chinese Tennis Association did not immediately respond to a Reuters request for comment.

The email which CGTN attributes to Peng says: “I’m not missing, nor am I unsafe. I’ve just been resting at home and everything is fine.”

Besides CGTN, the English-language arm of state broadcaster CCTV, no other Chinese media outlet as of Thursday morning in Asia had reported the letter. A representative for Peng did not immediately respond to Reuters’ request for comment.

The government has yet to comment on Peng’s initial allegation, and discussion of the topic has been blocked on China’s heavily censored internet.

The WTA and the ATP previously called for China to investigate Peng’s allegations, and players including Naomi Osaka and Jessica Pegula have expressed their support for her on social media with the hashtag #WhereIsPengShuai.

“The WTA and the rest of the world need independent and verifiable proof that she is safe,” Simon wrote. “I have repeatedly tried to reach her via numerous forms of communications, to no avail.”

Simon told the New York Times on Sunday that no one at the Tour has talked directly to Peng but that he had received assurances from the Chinese Tennis Association that she was safe “and not under any physical threat”.

Peng, 35, was the first Chinese player to top the world rankings when she was doubles No1 in 2014. She won doubles titles at Wimbledon in 2013 and the French Open in 2014.