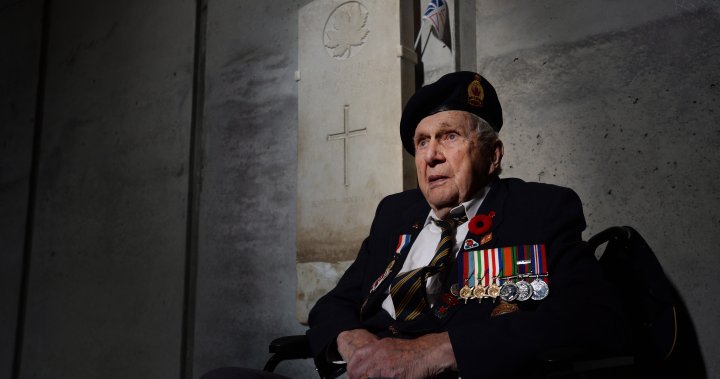 World War II veteran Fred Arsenault has passed away at the age of 101.

His death comes nearly two years after the Royal Canadian Legion encouraged Canadians to send birthday cards to Arsenault, who had hoped for 100 cards to mark his 100th birthday in March 2020.

Arsenault received nearly 100,000 cards from people all over the world.

A call on social media for 100 cards for Fred Arsenault’s 100th Birthday resulted in over 90,000 cards and counting from all over the world! Happy Birthday, Fred! Thank you for your service. ♥️ pic.twitter.com/YR3OPk1j0q

“The Royal Canadian Legion is saddened to hear about the passing of Pvt. Fred Arsenault,” the Legion said in a Facebook post on Tuesday night.

“Arsenault fought and served in Italia, Germany and Holland with the Cape Breton Highlanders. Join us in gratitude for his service to Canada. We Will Remember Him.”

A Twitter account run by the Canadian Forces also commemorated Arsenault on Tuesday, and added that Arsenault had encouraged people to get vaccinated for his 101st birthday last year.

Buried alive by an enemy shell, his brothers dug him out. A man standing beside him was killed by a sniper. Italy. Holland. Germany.

“In the trenches in the middle of the night, letters from his mother offered comfort, helped him through,” the military account added.

“In his final years, your words kept him company. Thank you.”

Arsenault was born in Amherst, Nova Scotia, in 1920.